Sept. 1 (UPI) -- Vanessa Marquez, an actress who appeared in the film Stand and Deliver and the TV hospital drama ER, was shot and killed by police this week, the Los Angeles County Sheriff's Department said.

The Hollywood Reporter said officers from the South Pasadena Police Department were called to her residence to do a welfare check Thursday afternoon.

Authorities said Marquez was having seizures when they arrived and they requested additional personnel -- including a mental health clinician -- be sent.

Officials said Marquez appeared to suffer from mental health issues and, during the 90 minutes the actress spent with police and medical personnel, allegedly grew uncooperative, retrieved a gun and pointed it at officers.

The Los Angeles Times reported two officers fired at Marquez, hitting her once in the torso. She was transported to a hospital where she was pronounced dead. The weapon she allegedly had been holding was later determined to be a BB gun.

Her death is under investigation.

Marquez's landlord initially called police because he was concerned about her.

The Times reported a man at the scene who identified himself as the actress' landlord, but declined to give his name, refused to speak with reporters about the incident.

Marquez last year accused actor and filmmaker George Clooney of having her blacklisted after she accused their male co-stars from ER of sexual misconduct.

Clooney has vehemently denied he had the power or inclination more than two decades ago to prevent Marquez from getting work.

"Heart sick to learn of the tragic passing of my friend, Vanessa Marquez. I was not aware of the pain she endured due to her conditions and saddened to think that they may have contributed to her untimely demise. Her light and her soul still shine in the performances she gave us," actor Lou Diamond Phillips, her co-star in Stand and Deliver, tweeted Friday. 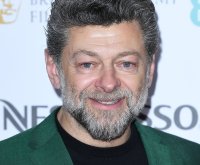 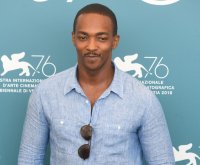