Maura Tierney was rushed to the ER after a car reportedly clipped her bike. File Photo by John Angelillo/UPI | License Photo

TMZ reported the 53-year-old actress was rushed to the emergency room after a car clipped her bike during a ride in Marina del Rey, causing her to fall to the ground.

Photos show Tierney lying on the ground at the scene of the crash. She reportedly complained of back pain before she was taken to a nearby hospital.

The driver who hit Tierney remained on the scene. Police said they didn't believe the driver was under the influence of drugs or alcohol.

Tierney's rep told Entertainment Tonight the star was released from the hospital with no major injuries.

"Thank you to everyone who has reached out with their concern," the rep said.

Tierney plays Helen Solloway on The Affair, which was renewed in July for a fifth and final season on Showtime. She is also known for portraying Lisa Miller on NewsRadio and Abby Lockhart on ER. 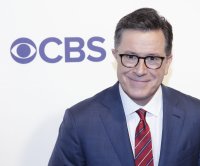 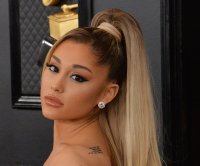 Music // 8 hours ago
Ariana Grande performs live among flowers in 'POV' video
June 21 (UPI) -- Ariana Grande kicked off a live performance video series with Vevo with a performance of her song "POV."