Stevie Wonder gives Franklin a kiss as they arrive to participate in a news conference about pregame entertainment and the national anthem for Super Bowl XL on February 2, 2006, in Detroit. File Photo by Roger L. Wollenberg/UPI | License Photo

President George W. Bush awards Franklin with the Presidential Medal of Freedom during a ceremony in the East Room of the White House on November 9, 2005. File Photo by Roger L. Wollenberg/UPI | License Photo

Franklin and Aaron Neville perform the national anthem with Doctor John at the piano in the pregame show for Super Bowl XL on February 5, 2006. File Photo by Terry Schmitt/UPI | License Photo

Franklin performs live during the Rock and Roll Hall of Fame induction ceremonies at the Waldorf Astoria in New York City on March 12, 2007. File Photo by John Angelillo/UPI | License Photo

Franklin, winner of 17 Grammy awards, arrives to be honored as the 2008 MusiCares Person of the Year at a special dinner and concert in Los Angeles on February 8, 2008. File Photo by Jim Ruymen/UPI | License Photo

Franklin performs during a concert at the Mann Center for Performing Arts in Philadelphia on July 27, 2010. File Photo by John Anderson/UPI | License Photo

Franklin entertains the crowd as she preforms at the grand opening of the Peabody Opera House in St. Louis on October 1, 2011. File Photo by Bill Greenblatt/UPI | License Photo

Franklin (R) accepts applause as she finishes her performance with President Barack Obama, first lady Michelle Obama and Harry Johnson, president and CEO of the MLK National Memorial Project Fund (L) as they attend the dedication of the Martin Luther King, Jr. Memorial on the National Mall in Washington D.C., on October 16, 2011. File Photo by Mike Theiler/UPI | License Photo

Franklin and Richard Gibbs arrive for the formal Artist's Dinner honoring the recipients of the 2012 Kennedy Center Honors at the U.S. Department of State in Washington, D.C. on December 1, 2012. File Photo by Ron Sachs/UPI | License Photo

Obama welcomes Franklin as she arrives to sing at the portrait unveiling ceremony for outgoing U.S. Attorney General Eric Holder at The Department of Justice in Washington, D.C. on February 27, 2015. File Photo by Chris Kleponis/UPI | License Photo

Clive Davis and Franklin arrive for the formal Artist's Dinner honoring the recipients of the 38th Annual Kennedy Center Honors at the U.S. Department of State in Washington, D.C. on December 5, 2015. File Photo by Ron Sachs/UPI | License Photo

Herbie Hancock (not pictured) and Franklin play at the International Jazz Day Concert on the South Lawn of the White House, in Washington, D.C., on April 29, 2016. Obama delivered remarks to introduce the event. File Photo by Aude Guerrucci/UPI | License Photo

Franklin poses on the red carpet prior to the White House Correspondents Association Dinner in Washington, D.C., on April 30, 2016. File Photo by Molly Riley/UPI | License Photo
0 of 0

Aug. 16 (UPI) -- Aretha Franklin, the legendary Queen of Soul whose songs "Respect" and "Chain of Fools" topped the charts in the 1960s, died Thursday in Detroit, her publicist announced. She was 76.

Franklin died of an undisclosed illness for which she was hospitalized Monday. CBS News and NPR confirmed her death, citing publicist Gwendolyn Quinn.

Franklin began her professional career at age 14, recording with J.V.B. Records and Columbia Records. It wasn't until she signed with Atlantic Records in 1967, though, that she gained fame with "Respect," "(You Make Me Feel Like) A Natural Woman" and "I Never Loved a Man (The Way I Love You)," perhaps her most famous songs.

She produced more than 40 studio albums and about half a dozen live albums over the course of her more-than six decade career.

Franklin won 20 Grammy Awards, including the Legend Award in 1991, the Lifetime Achievement Award in 1994 and the MusiCares Person of the Year in 2008. She was also honored with three American Music Awards, a Golden Globe, two MTV Video Music Awards and three NAACP Image Awards.

Rep. John Lewis, D-Ga., praised Franklin for her involvement in the civil rights movement during the 1960s, citing a performance she gave at the 1967 Southern Christian Leadership Conference in Atlanta.

"She was singing and she got happy and kept singing. And Dr. [Martin Luther King Jr.] asked someone to go over and tell Aretha, 'We got to close it out, it's getting late.' But she was feeling so good about being there to perform for Dr. King and the movement. That was the last performance that Dr. King witnessed of hers," Lewis told CNN.

Franklin grew up amid the civil-rights era, with her father serving as a surrogate for King and organizing the 1963 Detroit Walk to Freedom, the largest civil-rights demonstration at the time.

Her song "Respect" became a sort of anthem for the movement, Variety reported, but also was a symbol for feminists.

"As women, we do have it," Franklin told Elle in 2016. "We have the power. We are very resourceful. Women absolutely deserve respect. I think women and children and older people are the three least-respected groups in our society."

Among her fans were former President Barack Obama and former first lady Michelle Obama, who invited her to sing at the White House on multiple occasions.

"Aretha helped define the American experience. In her voice, we could feel our history, all of it and in every shade -- our power and our pain, our darkness and our light, our quest for redemption and our hard-won respect. May the Queen of Soul rest in eternal peace," the former president said on Twitter.

She sang "My Country 'Tis of Thee" at Obama's 2009 inauguration in Washington, D.C., a performance she said she wasn't happy with.

"Mother Nature was not very kind to me. I'm going to deal with her when I get home. It, by no means, was my standard. I was not happy with it, but I just feel blessed because it could have been five above zero or five below zero like it is in Detroit," the Queen of Soul told CNN's Larry King. "I was still blessed to be able to pretty much just sing the melody, but I wasn't happy with it, of course."

A biopic starring Jennifer Hudson about Franklin's life is in the early phases, and is based on the singer's memoir Aretha: From These Roots.

TV // 10 hours ago
Tony Hale to star in Hulu's 'Mysterious Benedict Society'
Feb. 27 (UPI) -- Emmy-winning actor Tony Hale has signed on to play a kindly genius and his evil twin brother in a new Hulu series. 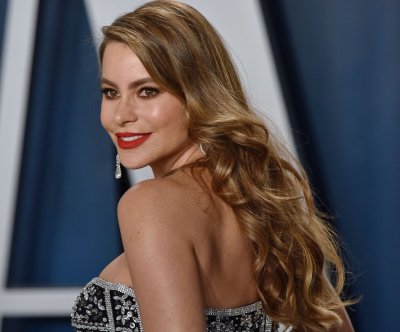