Cedric the Entertainer gets star on Hollywood Walk of Fame 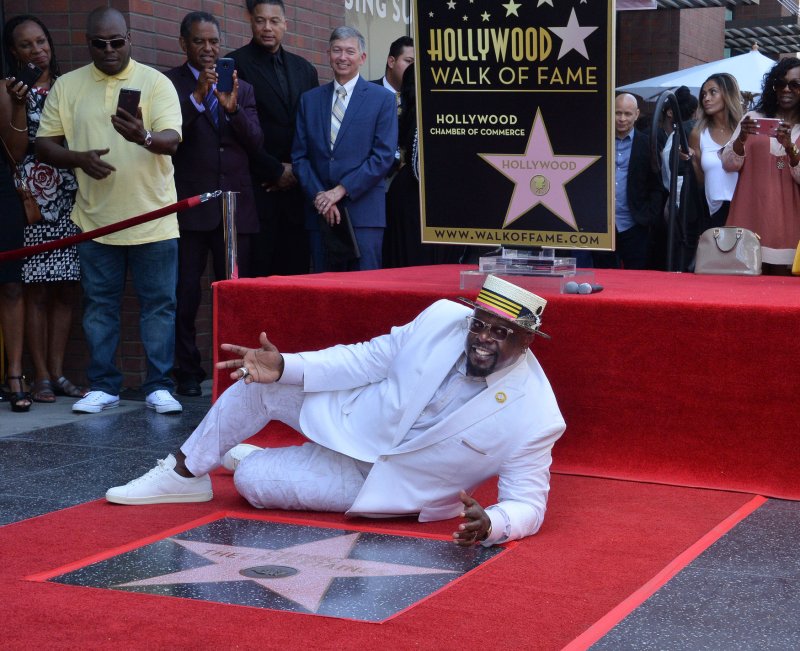 Cedric The Entertainer lies down next to his star during an unveiling ceremony honoring him with the 2,640th star on the Hollywood Walk of Fame in Los Angeles on Thursday. Photo by Jim Ruymen/UPI | License Photo

Cedric the Entertainer is joined by his wife, Lorna Wells (R), and their daughter Lucky Rose Kyle as he received a star on the Hollywood Walk of Fame on Thursday. Photo by Jim Ruymen/UPI | License Photo

July 19 (UPI) -- Comedian Cedric the Entertainer was honored with the 2,640th star on the Hollywood Walk of Fame in Los Angeles on Thursday.

Cedric, born Cedric Antonio Kyles, received the star in a ceremony in front of the El Centro apartment complex on Hollywood Boulevard, honoring his accomplishments as a comedian and actor in film and television.

"Much Love to all of you, for your acknowledgement of me receiving a star on the Hollywood Walk of Fame to Today," Cedric wrote on Twitter. "Your support of my work throughout the years is a big reason why this day has come. Thank you! And I'm only getting started!"

Cedric received encouragement from fellow comedian Percy Crews to become a stand-up comedian, which eventually led to an acting career beginning as a cast member on the WB comedy The Steve Harvey Show in 1996.

He also starred in the 2000 comedy concert film The Original Kings of Comedy as well as Code Name: The Cleaner and 2005's The Honeymooners. He also voiced characters in the Madagascar film series and Charlotte's Web.

He is currently a cast member on the TBS comedy The Last O.G. and is set to star in the CBS comedy The Neighborhood, premiering Oct. 1.

Comedian George Lopez spoke on Cedric's behalf during the ceremony, noting he's never heard anyone in Hollywood "say a bad word" about Cedric.

Los Angeles Lakers legend Earvin "Magic" Johnson also took the podium to praise Cedric for using his platform to not only entertain, but also to "uplift our community, especially in the black and brown community."

"People who don't have a voice, you give them a voice and you alway support people no matter what their status is, no matter how much money they make, you use your platform to always uplift people," Johnson said.