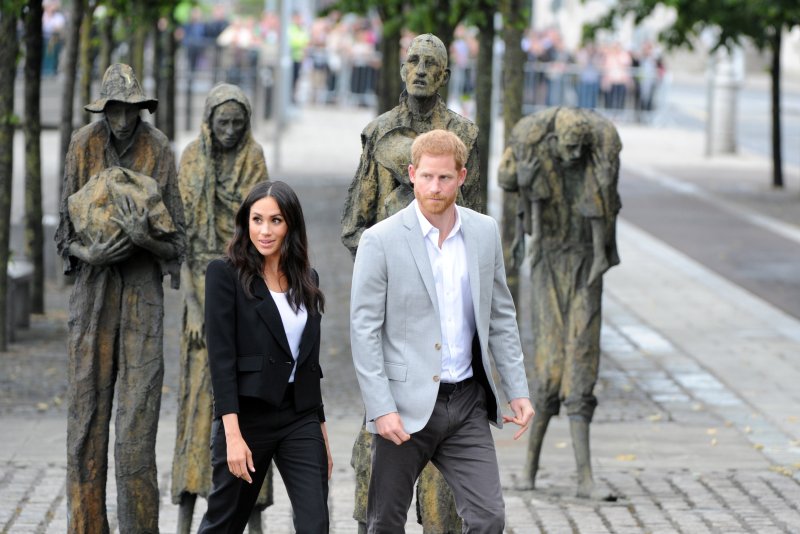 The duke and duchess of Sussex spent time Wednesday in Dublin during their first overseas outing since their wedding in May.

Harry and Markle met with Irish president Michael D. Higgins at Áras an Uachtaráin, his official residence. The couple were also greeted by Higgins' wife, Sabina Coyne, and his dogs, Bród and Síoda.

"Thank you to the President of Ireland Michael D. Higgins, Mrs Higgins (and Bród and Síoda!) for the warm welcome at Áras an Uachtaráin #RoyalVisitIreland," Kensington Palace wrote on Twitter.

Harry and Markle next toured Croke Park, the principal stadium and headquarters of the Gaelic Athletic Association. The couple spoke with young soccer players and watched hurling and camogie, according to People.

Harry and Markle moved on to Trinity College, where they viewed a facsimile of the Book of Kells and toured the college library's iconic Long Room. The pair greeted well-wishers following the visit.

Harry and Markle married May 19 at St. George's Chapel at Windsor Castle. The couple announced in June they will make an official visit to Australia, Fiji, the Kingdom of Tonga and New Zealand in the fall.