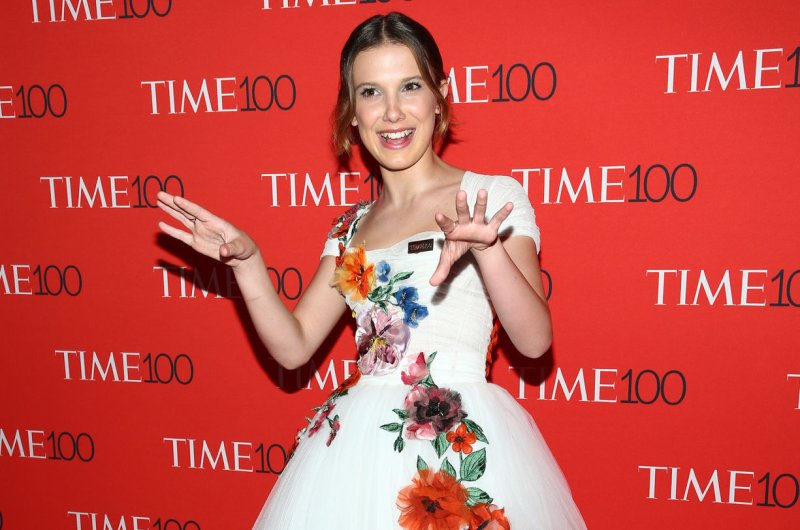 The 14-year-old British actress grooved to Drake's single "In My Feelings" in a video on Instagram following her knee injury in June.

The clip shows Brown and Stranger Things director Shawn Levy completing the #InMyFeelingsChallenge. "In My Feelings" inspired an online dance challenge that went viral over the weekend.

The Stranger Things star said in a post the day previous that she is "nearly healed" after splitting her kneecap.

"when your knee is nearly healed and you're the happiest girl," she captioned a photo on Instagram.

Brown skipped the MTV Movie & TV Awards in June due to her injury. She wished her Stranger Things co-stars luck prior to the awards show, where the Netflix series and its stars won several awards.

"I have split my knee cap so from the doctor's orders, he told me to rest up and that means I won't be attending the MTV Awards," the star said in a video. "I hope that Finn, Gaten, Caleb, Sadie and Noah have the best time."

TV // 1 hour ago
Boulet Brothers to expand 'Dragula' franchise with new streaming deal
Aug. 15 (UPI) -- The Boulet Brothers signed a deal with Shudder to bring a new slate of content from their "Draugla" franchise to the platform.

Movies // 2 hours ago
'End of the Road' trailer: Queen Latifah, Ludacris take on murderer
Aug. 15 (UPI) -- "End of the Road," a new thriller starring Queen Latifah and Chris Bridges, aka Ludacris, is coming to Netflix in September.