July 3 (UPI) -- Nikki Bella is shopping for the perfect wedding dress with her twin sister Brie Bella in a new preview of Sunday's episode of Total Bellas.

The clip, released Tuesday, features Nikki trying on multiple dresses for her previously planned wedding to fellow WWE superstar John Cena. The footage was taken before the pair's eventual split in April after a six-year relationship.

Nikki is seen trying on multiple dresses including a lace ball gown before deciding that she wants something with longer sleeves for her big day.

"I just got goosebumps," Brie says after she her sister dons a third dress that is ultimately chosen. "It's stunning. I feel like this is exactly what you've been looking for."

"It's so funny because you always know when a bride finds her dress," Brie continues after Nikki exclaims that she feels like a Barbie. "When they walk out and it's like this big smile and they feel like a queen, you're just like, 'That's it,'"

Nikki on Sunday, updated fans on the The Bella Twins YouTube channel where she currently stands with Cena. "Right now we're just friends. We are both working on each other and trying to work on us," Nikki said. "Hopefully one day we will get back together and if we don't we just both want each other to be very, very happy."

Nikki also detailed how upcoming episodes of Total Bellas will include her bachelorette party, how the planned wedding to Cena would have looked and a season finale that she described as emotional.

Entertainment News // 27 minutes ago
Ed Sheeran celebrates birth of second child: 'Over the moon'
May 20 (UPI) -- Ed Sheeran secretly welcomed his second child, a daughter, with his wife, Cherry Seaborn. 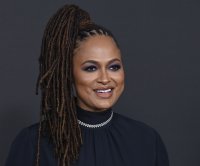 Movies // 6 hours ago
Hugh Bonneville: Robert has 'existential crisis' in latest 'Downton' drama
NEW YORK, May 20 (UPI) -- The actor talked to UPI about the challenges his character Robert Crawley faces in the newest installment of the beloved British franchise.

Entertainment News // 10 hours ago
Reports: Rihanna gives birth to baby boy with A$AP Rocky
May 19 (UPI) -- Rihanna and her boyfriend, A$AP Rocky, are officially parents after welcoming their first child together.

TV // 15 hours ago
Fiona Dourif: 'Chucky' character deserves 'a shot at revenge' in Season 2
LOS ANGELES, May 19 (UPI) -- After SYFY and USA Network announced Fiona Dourif would return for "Chucky" Season 2, Dourif shared with UPI her hopes for her character's revenge. 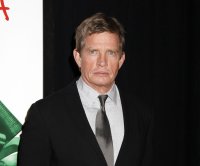