Peter Fonda arrives on the red carpet at the 'Clive Davis: The Soundtrack Of Our Lives' Premiere at Radio City Music Hall on April 19, 2017 in New York City. On Wednesday, Fonda apologized for a tweet aimed at President Donald Trump's 12-year-old son. File Photo by John Angelillo/UPI | License Photo

June 21 (UPI) -- Peter Fonda apologized for a tweet he wrote on Wednesday that suggested President Donald Trump's 12-year-old son should be put "in a cage with pedophiles."

During a Twitter rant on Wednesday, the 78-year-old actor fumed about the president's immigration policy on the U.S.-Mexico border, which has resulted in an increase in children being separated from their parent or parents when attempting to cross the border illegally.

"WE SHOULD RIP BARRON TRUMP FROM HIS MOTHER'S ARMS AND PUT HIM IN A CAGE WITH PEDOPHILES AND SEE IF MOTHER WILL WILL STAND UP AGAINST THE GIANT [expletive] SHE IS MARRIED TO," Fonda wrote in all caps.

Later in the day -- and after Trump signed an executive order aimed at stopping the practice of separating children from their families at the U.S.-Mexico border -- Fonda apologized for his earlier tweet.

"I tweeted something highly inappropriate and vulgar about the president and his family in response to the devastating images I was seeing on television," Fonda said through his spokesperson, the Los Angeles Times reported. "Like many Americans, I am very impassioned and distraught over the situation with children separated from their families at the border, but I went way too far."

Threats or perceived threats against the president of the United States or his family are typically investigated by the Secret Service, and on Wednesday The New York Times reported it was "aware" of the tweet but, "as a matter of practice," could not confirm if an investigation was taking place. 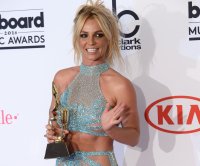