Eissa was with his father Saturday at the Nobu hotel in Malibu, Calif., when Janet placed the call, a spokesperson for the Malibu Lost Hill's Sheriff's Station confirmed to People magazine. The singer was not at the hotel at the time.

"Deputies were there [and] called to the scene. They decided the child was okay and they left," the spokesperson said.

Randy Jackson, the brother of Janet, spoke with Entertainment Tonight about the incident and said that his sister contacted police after the nanny became frightened by Al Mana's behavior. The nanny was said to be terrified and locked herself in the bathroom in order to call Janet.

Janet gave birth to Eissa, her first child, in January 2017 at the age of 50. Janet and Al Mana then split in April 2017 after five years of marriage. 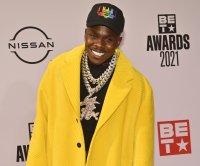 Entertainment News // 8 hours ago
Tik-Tok star Anthony Barajas dead at 19
Aug. 1 (UPI) -- Tik-Tok personality Anthony Barajas has died, days after he was shot in a California movie theater. He was 19. 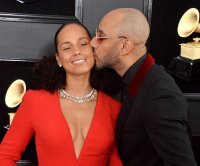