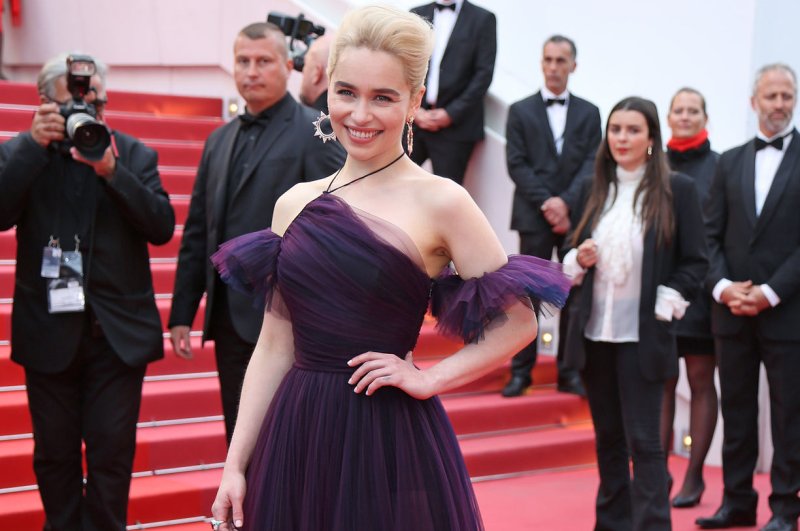 May 18 (UPI) -- Emilia Clarke says she had the "best night" at an auction with Brad Pitt in January.

The 31-year-old actress recalled on Friday's episode of The Graham Norton Show how Pitt bid $120,000 to watch an episode of Game of Thrones with her. Clarke plays Daenerys Targaryen on the HBO series.

"There was an auction for a charity that I was asked to take part in so I offered time with myself. As the bidding started, I realized Brad Pitt was trying to buy me," Clarke recounted. "I looked across the room and he had his paddle up."

"Sadly, he was outbid and it didn't work out," she said.

The auction took place at Sean Penn's annual JP HRO gala. TMZ reported Pitt was outbid by a guest who offered $160,000 for the episode with Clarke.

"When the auction announced Emilia Clarke, they called her out in the crowd and Brad literally turned his whole neck to find and look at her and enthusiastically clap," a source told Us Weekly at the time.

"Emilia was covering her mouth and giggling," the insider said.