Prince Harry, Meghan Markle's wedding to be presented in theaters

Prince Harry (R) and Meghan Markle. The royal wedding will be presented in theaters through Fathom Events. File Photo by Andy Rain/EPA-EFE

Prince Harry (L) and Meghan Markle. The royal wedding will be presented in theaters through Fathom Events. File Photo by Nigel Roddis/EPA-EFE

May 17 (UPI) -- Fathom Events is bringing the royal wedding between Prince Harry and Meghan Markle to theaters across the United States on Saturday.

The special one-day theater event titled "The Big Day on the Big Screen," hails from Fathom Events and BritBox, a streaming collection of British television in the U.S. created by the BBC and ITV.

The wedding will be presented in theaters starting at 10 a.m. ET. The ceremony is set to take place at St. George's Chapel at Windsor Castle in England starting at noon GMT, 7 a.m. ET.

This marks the first time ever that a royal wedding will be featured in select cinemas.

Markle and Harry selected their bridesmaids and page boys on Wednesday for the ceremony which includes Harry's nephew and niece, Prince George, 4, and Princess Charlotte, 2, the children of Prince William and Kate Middleton.

Entertainment News // 2 hours ago
Kaya Scodelario and Benjamin Walker expecting second child
Sept. 19 (UPI) -- The Maze Runner and Pirates of the Caribbean: Dead Men Tell No Tales actress Kaya Scodelario has announce on Instagram she is pregnant with her second child. 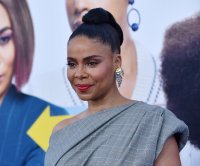 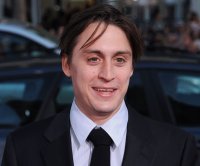