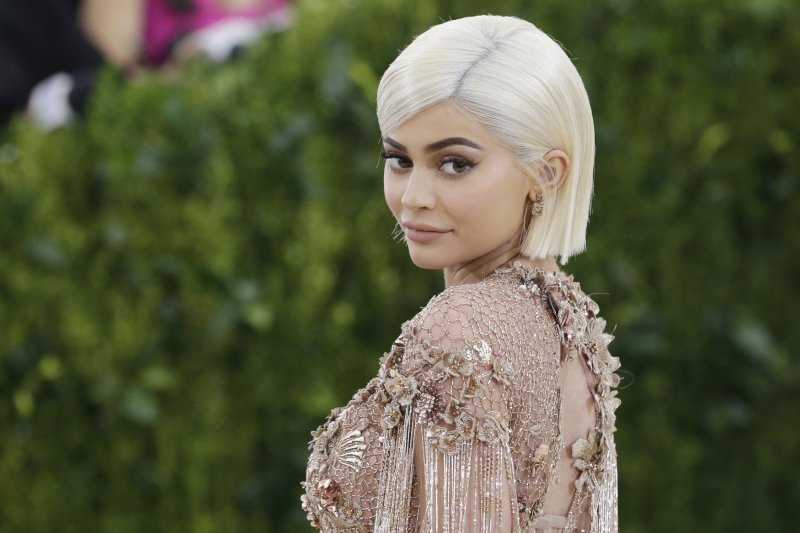 May 3 (UPI) -- Kylie Jenner and daughter Stormi wear white in a cute new photo together.

The 20-year-old television personality and 3-month-old infant sported coordinating outfits Wednesday during their vacation in Turks & Caicos with Travis Scott.

The photo shows Jenner smiling as she holds Stormi close with one arm. The new mom wears a mesh top and skirt over a bikini, while Stormi sports a ruffled dress with eyelet detail.

Jenner's post received over 10.4 million likes on Instagram. The snapshot is the first of Jenner and Stormi to show both of their faces clearly.

Jenner and Scott are vacationing with Stormi in honor of Scott's 26th birthday. Jenner shared other photos from the trip Tuesday, including a picture of herself and Scott embracing on the beach.

E! News reported Thursday Jenner and Scott are stronger than ever since she gave birth to Stormi in February.

"Kylie Jenner and Travis Scott are currently in the best place they have ever been in their relationship," a source said.

"Things really came full circle once Stormi was born and they now have an unbreakable bond," the insider added. "Travis has been fully accepted into the family and everyone is so in love with their little family they created."

Movies // 1 hour ago
Jared Kushner inspired 'The Boy II,' director says
LOS ANGELES, Feb. 21 (UPI) -- Director William Brent Bell explains how the sequel to his 2016 horror film "The Boy" got the green light because of its connection to Jared Kushner.

Music // 13 hours ago
Monsta X shares performance videos for 'All About Luv' tracks
Feb. 20 (UPI) -- K-pop group Monsta X released footage of themselves performing and promoting their English-language album, "All About Luv."