Professor Dumbledore, Professor Snape, Hagrid and other Hogwarts staff members also make appearances in the trailer as an owl flies through the school.

The trailer also includes gameplay footage and showcases how players will attend classes to learn new spells and have different dialogue options to choose from to decide how to interact with fellow classmates. 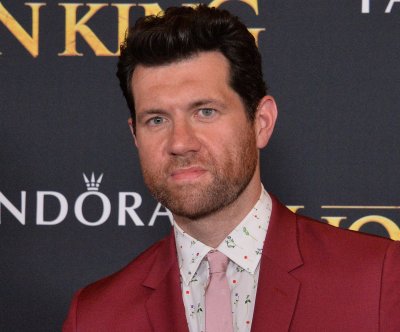 Movies // 30 minutes ago
'The Witcher' animated film in the works at Netflix
Jan. 22 (UPI) -- "The Witcher" team is developing "The Witcher: Nightmare of the Wolf," a new anime movie, at Netflix.

Entertainment News // 1 hour ago
Jessica Simpson shares past sexual abuse, struggle with addiction
Jan. 22 (UPI) -- Jessica Simpson went public about her experiences with sexual abuse and addiction ahead of the publication of her memoir, "Open Book."

Entertainment News // 2 hours ago
NikkieTutorials thinks blackmailer wanted to 'destroy' her life
Jan. 22 (UPI) -- YouTube star Nikkie de Jager discussed how she was blackmailed into coming out as transgender.