"When it came out, I was like, 'Hot damn! Wow!'" the actress said of the movie, which earned over $393 million at the box office. 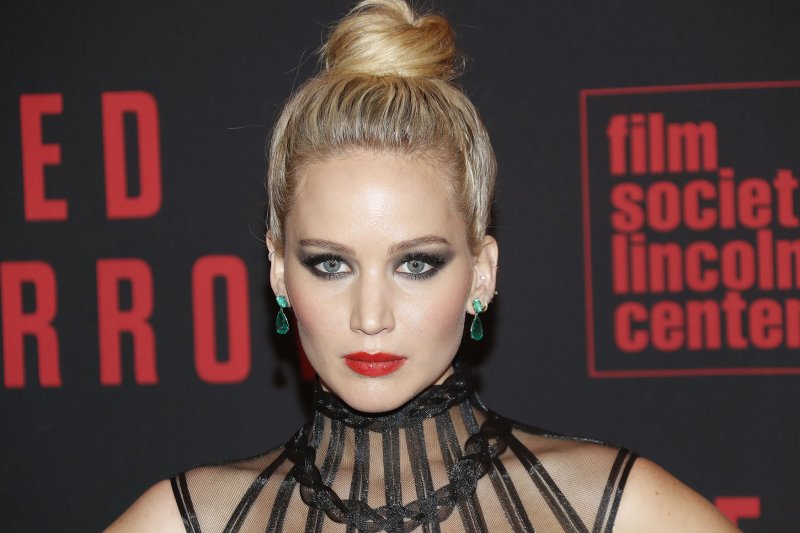 The 27-year-old actress said on Wednesday's episode of The Howard Stern Show that she tried out for the 2008 movie before Kristen Stewart and Robert Pattinson were ultimately cast.

"I didn't really know what it was," Lawrence said of the film, which is based on the Stephanie Meyer novel of the same name.

"When you audition when you're, like, a run-of-the-mill actor auditioning for all sorts of things, you just get, like, five pages and they're like, 'Act, monkey!'" she explained. "When it came out, I was like, 'Hot damn! Wow!'"

Lawrence denied she was jealous of Stewart, who played Bella Swan in the box office smash. She told host Howard Stern the one role she was "devastated" to lose was Alice in Tim Burton's adaptation of Alice in Wonderland.

"The one thing that really killed me, like, the only time I've ever been truly devastated by losing an audition ... was Tim Burton's Alice in Wonderland. That one devastated me," the star said of losing the part to Mia Wasikowska.

"She was perfect and amazing," she lauded of Wasikowska. "I couldn't have had a British accent."

Lawrence previously told The Hollywood Reporter she lost the role of Olive Penderghast in the 2010 film Easy A to friend and fellow actress Emma Stone. She instead was cast in The Hunger Games movies, which catapulted her to stardom.

Entertainment News // 1 month ago
2023 awards show schedule: How to watch
Jan. 9 (UPI) -- The Golden Globes, Oscars, Grammys and other awards shows will return in 2023 to honor the best film, television, music and more.

Entertainment News // 10 hours ago
Madonna calls out 'ageism and misogyny' after Grammys appearance
Feb. 8 (UPI) -- Madonna responded to criticism of her "new face" at the Grammy Awards.

Madonna calls out 'ageism and misogyny' after Grammys appearance