The 52-year-old model said on Wednesday's episode of Watch What Happens Live that she connected with Jackson over the 19-year-old model's late dad, Michael Jackson, at New York Fashion Week this month.

"I recently met Paris at the Calvin Klein show," Shields told host Andy Cohen. "She turned to me and she said, 'So, you're my dad's friend.' I'd only seen her when she was a baby and she didn't remember me. I said, 'Yes, I am.'"

"Then I waited a while and I looked at her and said, 'I really miss your dad.' She looked at me and she held mine and goes, 'Me too,'" she said. "It was just a pure moment."

Shields and Michael were close friends who bonded over their shared experience as child stars. The model said her last interaction with Michael was after her dad, former Revlon executive Francis Shields Jr., died in 2003.

"He sent me a beautiful, beautiful floral arrangement when my dad died," she told Cohen. "I still have the vase."

Shields was among those to attend Michael's memorial service following his death at age 50 in July 2009. She told Rolling Stone the same month that her relationship with the star was never sexual, despite his marriage proposals.

"I would say, 'You have me for the rest of your life, you don't need to marry me, I'm going to go on and do my own life and have my own marriage and my own kids, and you'll always have me,'" the model recalled. "I think it made him relax. He didn't want to lose things that meant something to him."

Entertainment News // 1 hour ago
'Thanks a Million': Jennifer Lopez gives back in first trailer
March 31 (UPI) -- Jennifer Lopez and a group of celebrities pay it forward by giving away $100,000 in the new trailer for upcoming Quibi series, "Thanks A Million."

Entertainment News // 2 hours ago
Fox Sports to offer pay-per-view presentation of WWE WrestleMania 36
March 31 (UPI) -- WWE and Fox Sports have teamed up to air WrestleMania 36 through the Fox Sports App and FoxSports.com for $59.99. 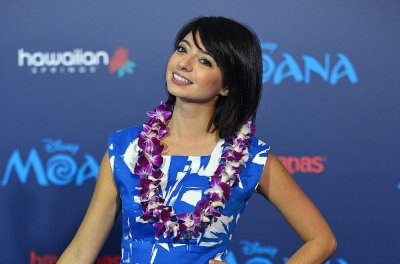