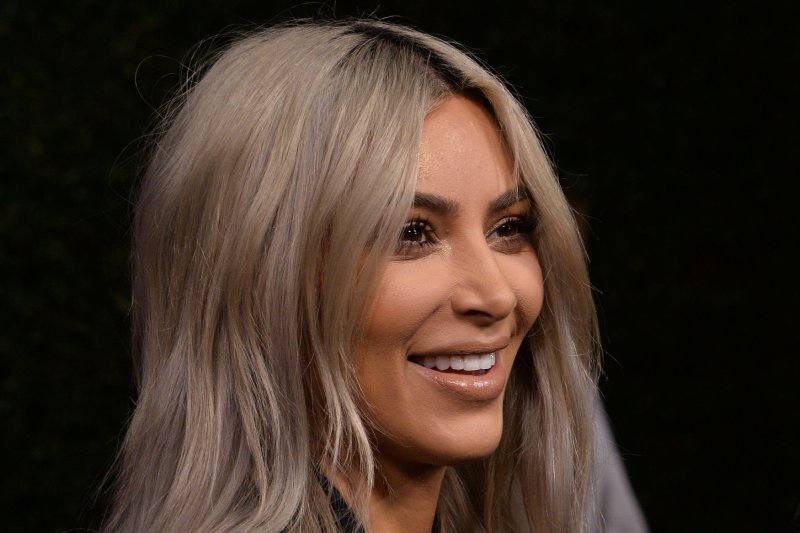 Kim Kardashian faced backlash after crediting daughter North West with a photo of herself taking off her bra. File Photo by Jim Ruymen/UPI | License Photo

Feb. 9 (UPI) -- Kim Kardashian is under fire for allowing her daughter to photograph her topless.

The 37-year-old faced backlash on social media Thursday after crediting 4-year-old North West with a photo of herself taking off her bra.

The picture shows Kardashian standing in front of a mirror as she holds her unhooked bra to her chest. She stands with her bare back to North, whose reflection and camera flash can be seen in the background.

"[Photo] by North," the mom-of-three captioned the snapshot on Instagram.

"Why would you have your daughter take that picture of you? Like at lease have your HUSBAND take it!!" one person wrote.

"This right here his disturbing and disgusting. Your a mother! Enjoy motherhood and having a baby girl to love and raise. Let her be innocent let her choose her life," another added.

"Kim Kardashian posted a picture taking off her bra taken by her less than 5 year old daughter North. I don't know what's more disturbing the fact that she let her take the pic or the fact that people are justifying it," another person tweeted.

"North is like a little mommy who wants to help and take care of her," an insider said. "Saint is curious, but not as interested."