The 25-year-old singer and actress said in the March issue of Harper's Bazaar that she believes her mental health issues will be a lifelong struggle.

"I've had a lot of issues with depression and anxiety, and I've been very vocal about it, but it's not something I feel I'll ever overcome," Gomez said. "There won't be a day when I'm like, 'Here I am in a pretty dress -- I won!'"

"I think it's a battle I'm gonna have to face for the rest of my life, and I'm okay with that because I know that I'm choosing myself over anything else," she added. "I'm starting my year off with that thought. I want to make sure I'm healthy. If that's good, everything else will fall into place."

Gomez said she's focused on her "health" and "well-being" as she continues to pursue singing and acting. She plans to keep working on her highly-anticipated third studio album, although she has yet to set a release date.

"My next album has been forever in the making. When people ask me why, I'm honest about it: It's because I haven't been ready. I mean, point-blank, I don't feel confident enough in where my music is yet," the star explained.

"If that takes 10 years, then it takes 10 years. I don't care," she said. "Right now I just want to be super intentional with all of the things I'm doing."

"She felt like she needed to get away and focus on herself with no distractions," an insider said. "She wants to go again later this year. She feels and looks great. She's still working on new music and is excited about it."

Entertainment News // 12 hours ago
Memorial to be held for DMX in Brooklyn on April 24
April 17 (UPI) -- DMX's manager Steve Rifkind has announced that a memorial will be held for the late rapper on April 24 at the Barclays Center in Brooklyn. 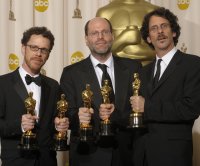 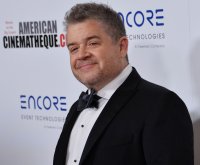