WWE's Paige to miss Royal Rumble due to neck injury 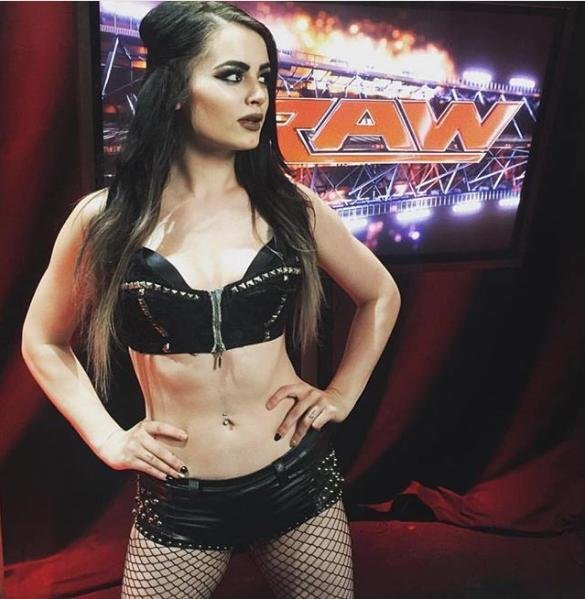 WWE Superstar Paige will be unable to compete at the Royal Rumble due to an injury. Photo courtesy of WWE/Instagram

The former champion was injured Dec. 27 while competing in a six-woman Tag Team Match at a WWE house show. Paige was seen being attended to by doctors inside the ring but was able to walk to the backstage area on her own.

The annual Royal Rumble event, was set to feature the first ever 30-Woman Royal Rumble match with the winner being granted a championship match at WrestleMania.

Paige announced after Raw Monday that despite not being able to compete, she will still be at the event in support of her Absolution teammates, Mandy Rose and Sonya Deville.

Paige recently returned to the WWE after a 17-month absence that included recovery from a neck promblem that required surgery.

WWE also announced on Monday that Goldberg will be inducted into the Hall of Fame.

Goldberg, one of the biggest stars in WCW throughout the '90s, is three-time World Champion who enjoyed an unprecedented undefeated streak from 1997-1998.

Goldberg, known for his signature catch-phrase "Who's Next," has taken on the likes of Hulk Hogan, Diamond Dallas Page, Scott Hall, Kevin Nash, Dwayne 'The Rock' Johnson and most recently Brock Lesnar throughout his illustrious career.

The 51-year-old during his comeback in WWE throughout 2016 and 2017, became the Universal Champion after defeating Kevin Owens and famously defeated Lesnar in a matter of minutes at the 2016 edition of Survivor Series.