Tonya Harding: 'I knew something was up' prior to Nancy Kerrigan attack

The figure skater's life is explored in the new movie "I, Tonya," starring Margot Robbie.

Jan. 12 (UPI) -- Disgraced figure skater Tonya Harding says she "knew something was up" prior to the infamous attack on Nancy Kerrigan.

USA Today reported the two-time Olympian said Thursday in the ABC special Truth and Lies: The Tonya Harding Story that she heard ex-husband Jeff Gillooly and Shawn Eckhardt plotting ahead of the 1994 assault on Kerrigan.

"I knew something was up," Harding said after maintaining she played no role in planning the attack, according to E! News.

"I did, however, overhear [Gillooly and Eckhardt] talking about stuff, where, 'Well, maybe we should take somebody out so we can make sure she gets on the [Olympic] team,'" she added. "And I remember telling them, I go, 'What the hell are you talking about? I can skate.'"

Harding said she didn't think much of Gillooly and Eckhardt's conversation, which took place one or two months before the attack, until a few days after Kerrigan's assault.

"It popped in my head two or three days after we got back," she said, adding that Gillooly "started acting funny" after Kerrigan was injured.

"I remember asking him, 'What is going on? Do you remember something that you've not said?'" the star recalled.

Kerrigan was attacked in January 1994 during a U.S. Figure Skating Championships practice session prior to the Olympic games. The assault was traced to Gillooly and Eckhardt, and Harding was later banned from competition for life after pleading guilty to hindering prosecution.

Vanity Fair reported Harding's longtime publicist Michael Rosenberg announced Thursday that he will no longer work with the skater. He explained Harding insisted reporters sign "an affidavit staying that they won't ask her anything 'about the past' or they'll be fined $25,000."

Movies // 36 minutes ago
Jennifer Lawrence attends 'Don't Look Up' premiere amid pregnancy
Dec. 6 (UPI) -- Jennifer Lawrence walked the red carpet ahead of the birth of her first child with Cooke Maroney. 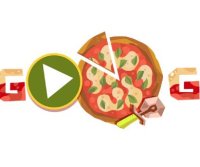 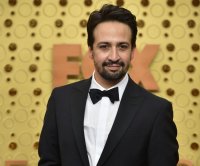