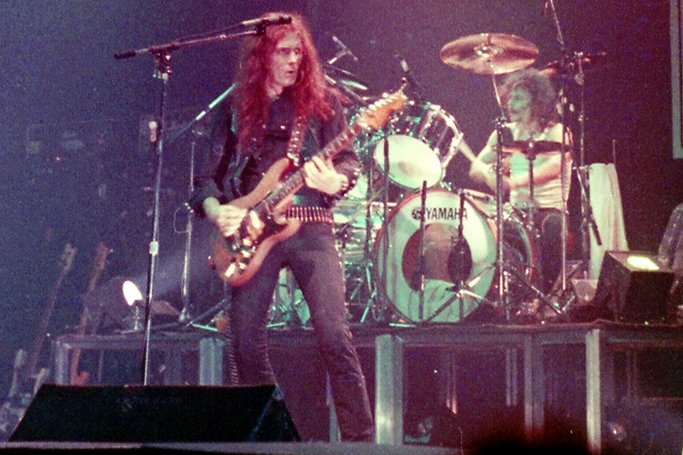 Jan. 11 (UPI) -- 'Fast Eddie Clarke, the former guitarist of Motorhead, died Wednesday at the age of 67.

The official Facebook page of Motorhead announced Clarke's death alongside statements from other Motorhead members, including Phil Campbell and Mikey Dee.

The musician died while being treated in a hospital for pneumonia.

"We are devastated to pass on the news we only just heard ourselves earlier tonight. Edward Allan Clarke - or as we all know and love him Fast Eddie Clarke - passed away peacefully yesterday," the statement read.

"Just heard the sad news that Fast Eddie Clarke has passed away. He will be remembered for his iconic riffs and was a true rock and roller, RIP Eddie," Campbell said.

"This is terrible news, the last of the three amigos. I saw Eddie not too long ago and he was in great shape, so this is a complete shock. I was looking forward to seeing him in the UK this summer," Dee said. "Now Lem and Philthy can jam with Eddie again and if you listen carefully I'm sure you'll hear them, so watch out!"

Clarke played with Motorhead from 1976 to 1982 until he left and formed Fastway with ex-UFO bassist Peter Way. Clarke was the last living member from Motorhead's classic period, following the deaths of Phil "Philthy Animal" Taylor in 2016 and Ian "Lemmy" Kilmister in 2016.

Celebrity deaths: Who we lost in 2017 Keely Smith, jazz singer dead at 89 Pat DiNizio Smithereens singer and songwriter dead at 62

Entertainment News // 8 minutes ago
Tony Khan is taking AEW on the road: 'Fans make for a better product'
June 18 (UPI) -- AEW CEO, general manager and head of creative Tony Khan talks to UPI about taking AEW on tour again, holding events during the pandemic, the energized crowd at "Double or Nothing," new show "Rampage" and more. 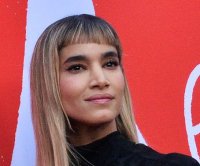 Movies // 13 hours ago
Nicolas Cage leaves no swine behind in 'Pig' trailer
June 17 (UPI) -- Neon released the trailer for "Pig" on Thursday. Nicolas Cage stars as a truffle hunter looking for his missing pig. 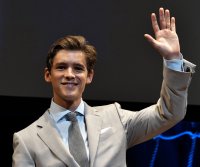 TV // 13 hours ago
'Titans' face new threats in Season 3 teaser trailer
June 17 (UPI) -- "Titans," a superhero series based on the DC Comics team Teen Titans, will return for a third season on HBO Max in August.