WWE's Dean Ambrose will be out nine months due to injury 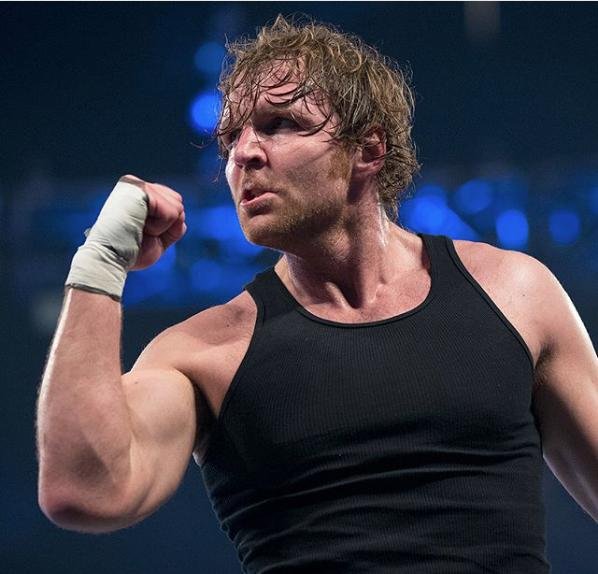 WWE Superstar Dean Ambrose will miss up to nine months due to a triceps tendon injury. Photo courtesy of WWE/Instagram

Dec. 26 (UPI) -- WWE Superstar Dean Ambrose is expected to be out of action for about nine months due to a high-grade triceps tendon injury.

WWE announced the timetable for Ambrose's return Monday on Raw after The Shield member recently underwent successful surgery to repair the tear in his right triceps tendon. The procedure was performed by Dr. Jeffrey Dugas in Birmingham, Ala., and lasted around 40 minutes.

"He tore some of the distal triceps tendon where it attaches to the forearm bone, called the olecranon," Dugas said in a statement at the time. "He basically tore about 50 percent of the triceps tendon away from the bone. So yesterday we repaired that back down to the bone where it tore off of. The surgery was very straightforward; we removed all of the extra bursal tissue -- all of that extra swollen stuff around his elbow."

Ambrose was last seen the Dec. 18 edition of Raw teaming up with his fellow Shield member Seth Rollins and Jason Jordan to take on Samoa Joe and former Raw Tag Team Champions Sheamus and Cesaro.

Ambrose and Rollins were ambushed by Joe, Sheamus and Cesaro backstage following the match with Joe throwing a production cart onto Ambrose's right arm, which was being treated by a WWE official.

Rollins, in the absence of Ambrose on Monday, teamed up with Jordan to take on Sheamus and Cesaro for their Raw Tag Team Championships. The unlikely duo won the titles after Jordan nailed Cesaro with an Angle Slam-neckbreaker hybrid for the three count.

Ambrose's nine-month timetable will keep the Grand Slam Champion away from WWE's biggest events of the year, including January's Royal Rumble and WrestleMania 34, which is scheduled to take place April 8 in New Orleans.

Ambrose's absence may also affect the pairing of The Shield, along with Rollins and Intercontinental Champion Roman Reigns, as the trio reunited in October for the first time in three years.

Movies // 3 hours ago
'Dragon Ball Super: Super Hero' gives Gohan 'his day'
Aug. 19 (UPI) -- "Dragon Ball Super" returns with a new film on Friday that shifts focus away from protagonists Goku and Vegeta and instead primarily follows Gohan and his mentor Piccolo.

TV // 3 hours ago
Tim Gunn, Heidi Klum: Pandemic is ending; it's time to look cute again
NEW YORK, Aug. 19 (UPI) -- Tim Gunn and Heidi Klum say celebrating beauty, imagination and creation has never been more essential than it is now when so many people are resuming their lives after isolating because of the coronavirus pandemic.