"At the Taj Mahal with the three other 'Wonders of the World' in my life," the actress said.

Catherine Zeta-Jones (second from left), pictured with son Dylan, Michael Douglas and daughter Carys (L-R), said it was a "breathtaking" experience to see the Taj Mahal with her family. File Photo by Paul Treadway/UPI | License Photo

The 48-year-old actress said in an Instagram post Tuesday that it was a "breathtaking" experience see the Taj Mahal with Douglas, 17-year-old son Dylan and 14-year-old daughter Carys.

Zeta-Jones shared a video of herself and Douglas walking up to the Taj Mahal. The Mughal emperor Shah Jahan commissioned the structure in 1632 as a mausoleum for his favorite wife, Mumtaz Mahal.

"The Taj Mahal, today in India. Breathtaking to view and experience. It's just the ultimate love story," Zeta-Jones captioned the clip.

The Chicago star followed up by posting a family photo with Douglas, Dylan and Carys outside the Taj Mahal. The structure was voted one of the "New7Wonders of the World" during a campaign in the 2000s.

"At the Taj Mahal with the three other 'Wonders of the World' in my life," Zeta-Jones wrote.

Zeta-Jones and Douglas married in New York in November 2000 after meeting in August 1998. Douglas is also dad to a 39-year-old son, Cameron Douglas, who welcomed his first child, a daughter, with girlfriend Viviane Thibes on Monday.

"Today my appreciation for Mother's all over the world has reached new heights," Cameron said in an Instagram announcement. "Today I took part in a miracle as my baby girl was introduced to the world through a beautiful Amazon warrior." 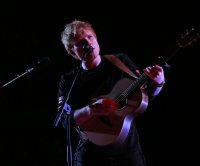 Entertainment News // 2 hours ago
Ed Sheeran tests positive for COVID-19
Oct. 24 (UPI) -- Singer-songwriter Ed Sheeran announced Sunday via Instagram that he has been diagnosed with COVID-19. 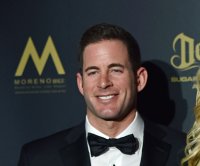