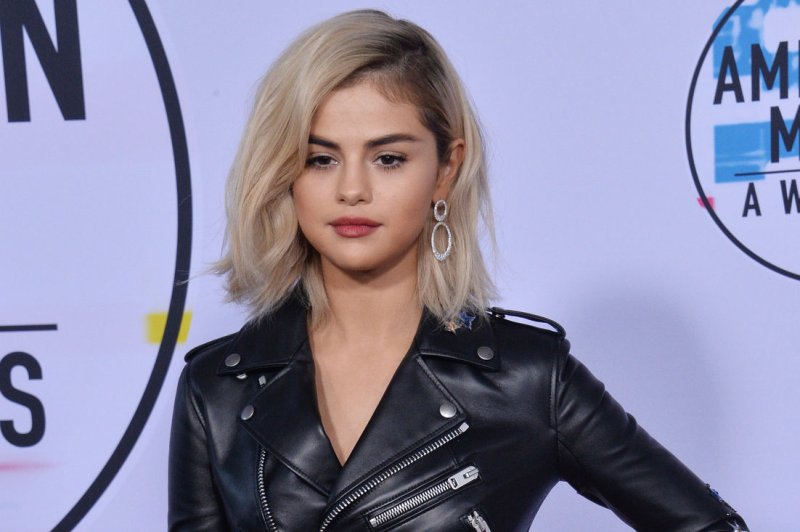 Dec. 1 (UPI) -- Selena Gomez won big Thursday at Billboard's Women in Music Awards event where she was named the 2017 Woman of the Year.

The pop star was given the award from her best friend Francia Raisa who had donated a kidney to Gomez over the summer as she required a transplant in her battle against lupus.

"I think Francia should be getting this award," Gomez said with tears in her eyes. "She saved my life... I feel incredibly lucky."

Gomez's thanked her team, talked about the platform she has been given, and thanked the female artists who first paved the way for her to become a star.

"Francia should get this award...she saved my life." - Selena Gomez

"I don't know how I'll repay it, maybe I'll make an epic album for you guys and everyone else," she said in her speech teasing new music.

Raisa, who attended the show in Los Angeles as Gomez's date, spoke with Billboard backstage about donating her kidney to her friend. "What's scary is knowing she was two weeks away from kidney failure," she said.

Mary J. Blige was the night's other big winner -- the 46-year-old received the Icon Award.

"She will go down in history as the greatest female R&B singer of all-time. Queen of hip-hop soul," Combs said.

"Thank you to Billboard for this honor tonight. I'm so grateful, I'm so humbled, I'm so thankful," Blige said onstage while accepting her award. "When people look up to me, I want them to see my life and have it reflect theirs and understand that if I can make it through everything that I've made it through and still making it through, you can do it as well."

Other winners at the Women in Music Awards included Solange, who won the Impact Award; Camila Cabello, who received the Breakthrough Artist Award; Grace VanderWaal, who took home the Rising Star Award; Kelly Clarkson, who earned the Powerhouse Award; Kehlani who won the Rule Breaker Award; and Julie Greenwald of Atlantic Records, who won the Executive of the Year Award.