The Weeknd deletes photos of Selena Gomez after split

The couple called it quits in October after 10 months of dating.

Nov. 29 (UPI) -- The Weeknd is making a fresh start following his split from Selena Gomez.

The 27-year-old singer purged Gomez from his Instagram account Tuesday by deleting all photos of the 25-year-old recording artist and actress, according to Entertainment Tonight.

Access Hollywood had reported Sunday that The Weeknd unfollowed Gomez on Instagram. Gomez unfollowed The Weeknd earlier this month, but kept several photos with the singer, including a snapshot from the 2017 Met Gala.

People reported in October that The Weeknd and Gomez had called it quits after 10 months of dating. Gomez spent time with ex-boyfriend Justin Bieber prior to news of the split, and appears to have officially rekindled her romance with the singer.

"Selena felt it was too soon for Justin to come to Texas with her. Her family is still getting comfortable with the idea of them back together," the insider added.

The Weeknd, meanwhile, has reconnected with ex-girlfriend Bella Hadid since his breakup with Gomez. Sources told People The Weeknd "never stopped loving Bella" but is not officially back together with the model. 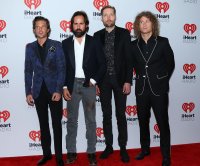 Entertainment News // 2 hours ago
Beyonce reflects on 'joy' and 'freedom' of being 40
Sept. 24 (UPI) -- Beyoncé reflected on turning 40 and thanked fans for their support and birthday wishes in a handwritten letter. 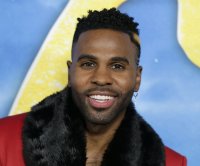