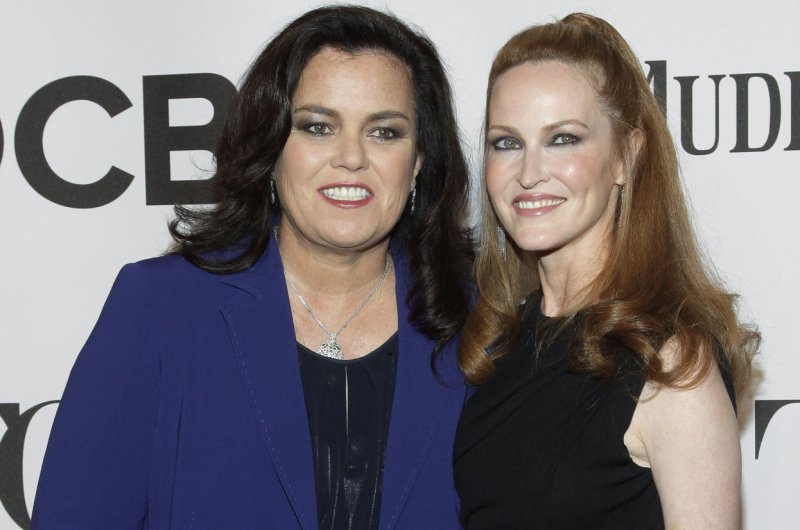 Rosie O'Donnell and Michelle Rounds arrive on the red carpet at the 68th Tony Awards in New York City on June 8, 2014. Rounds died this week at the age of 46. File Photo by John Angelillo/UPI | License Photo

Sept. 16 (UPI) -- Michelle Rounds, the former spouse of entertainer Rosie O'Donnell, died this week of apparent suicide at her New York home. She was 46.

"I am saddened to hear about this terrible tragedy. Mental illness is a very serious issue affecting many families. My thoughts and prayers go out to Michelle's family, her wife and their child," O'Donnell told People magazine in a statement Friday.

"If anyone would like to give to the National Suicide Prevention it would also be greatly appreciated. There are so many out there in this world that have demons that they think suicide is the only way out," TMZ quoted Rounds' mother, Gayla, as saying in a statement.

O'Donnell and Rounds were together 2011-14. They were married in 2012 and finalized their divorce in 2015. They also shared a 4-year-old daughter named Dakota.