The 36-year-old American actress opened up about her relationship with the 32-year-old British royal for the first time in the October issue of Vanity Fair.

"I can tell you that at the end of the day I think it's really simple," Markle told the magazine. "We're two people who are really happy and in love."

"We're a couple," she added. "We're in love. I'm sure there will be a time when we will have to come forward and present ourselves and have stories to tell, but I hope what people will understand is that this is our time. This is for us."

Markle has been subject of much public interest since she was first linked to Prince Harry, the younger son of Prince Charles and the late Princess Diana, in October, but said she hasn't let the scrutiny change her identity.

"We were very quietly dating for about six months before it became news, and I was working during that whole time, and the only thing that changed was people's perception. Nothing about me changed," the Suits star asserted. "I'm still the same person that I am, and I've never defined myself by my relationship.

"I don't read any press. I haven't even read press for Suits," she said. "The people who are close to me anchor me in knowing who I am. The rest is noise."

Markle said the media frenzy can be "challenging," but said she has support, including Prince Harry, "all around" her. Prince Harry had issued a statement in November condemning the "abuse and harassment" Markle has received from the public.

"Prince Harry is worried about Ms. Markle's safety and is deeply disappointed that he has not been able to protect her. It is not right that a few months into a relationship with him that Ms. Markle should be subjected to such a storm," he said in a news release. 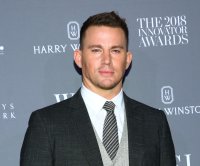