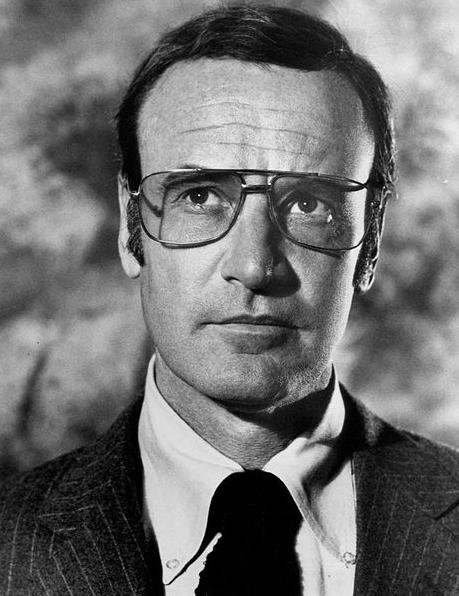 Richard Anderson as Oscar Goldman on "The Six Million Dollar Man." Anderson died Thursday at the age of 91. Photo courtesy of ABCTelevision/Wikipedia

Sept. 1 (UPI) -- Richard Anderson, the actor who portrayed Oscar Goldman on The Six Million Dollar Man and its spinoff The Bionic Woman, has died at the age of 91.

The actor died Thursday inside his home in Beverly Hills, The New York Times reported. Jonathan Taylor, a spokesman for the family, confirmed Anderson's death.

A cause of death has not been announced.

Anderson starred as Oscar Goldman, the handler of Lee Majors' character Steve Austin on The Six Million Dollar Man, and played the same character in The Bionic Woman from 1973-1978. Combined, both series ran for 150 episodes in addition to several television movies.

"Richard became a dear and loyal friend, and I have never met a man like him. I called him 'Old Money.' His always stylish attire, his class, calmness and knowledge never faltered in his 91 years. He loved his daughters, tennis and his work as an actor. He was still the sweet, charming man when I spoke to him a few weeks ago. I will miss you, my friend," Majors said while speaking to Deadline.

"I can't begin to say how much I have always admired and have been grateful for the elegance and loving friendship I was blessed to have with Richard Anderson. He will be greatly missed," added Lindsay Wagner, his co-star in Bionic Woman.

On the film side, Anderson appeared in films such as Forbidden Planet, Paths of Glory, The Long Hot Summer, Escape From Fort Bravo and Seven Days in May.

Anderson is survived by his three daughters who he shares with ex-wife Katharine Thalberg, Deva, Brooke and Ashley Anderson.

Music // 17 hours ago
GOT7's Yugyeom shares moody 'I Want U Around' music video featuring DeVita
June 11 (UPI) -- K-pop star Yugyeom released a music video for "I Want U Around," the title track from his debut solo EP, "Point of View: U."