"They wanted a very small, personal affair with their daughter Mabel, family and close friends," an insider said.

Russell Brand attends the London premiere of "Rock of Ages" on June 10, 2012. The actor tied the knot with Laura Gallacher on Saturday. File Photo by Paul Treadway/UPI | License Photo

The 42-year-old British star tied the knot with Gallacher at an intimate wedding Saturday in Henley-on-Thames, Oxon, according to The Sun.

Brand and Gallacher said their "I dos" at Remenham Church before ferrying their guests back to an India-themed reception. Sources said the couple's 9-month-old daughter, Mabel, was the "guest of honor."

"They wanted a very small, personal affair with their daughter Mabel, family and close friends rather than a circus," an insider said.

The Henley Standard reported Jason Segel, Noel Gallagher and Jonathan Ross were among the 100 guests in attendance. Brand and Segel co-starred in the 2008 movie Forgetting Sarah Marshall.

Brand confirmed his marriage on Sunday's episode of his Radio X podcast, telling fans, "I'm living a married life now... I'm domestic." The actor was previously married to Katy Perry, but split from the singer in December 2011 after 14 months of marriage.

Kendrick Lamar, Ed Sheeran take top awards at politics-fueled MTV VMAs Taylor Swift releases video for 'Look What You Made Me Do' during MTV VMAs Katy Perry on working with Calvin Harris: 'I was just down to do it' Katy Perry on reuniting with Orlando Bloom: 'It's nice' 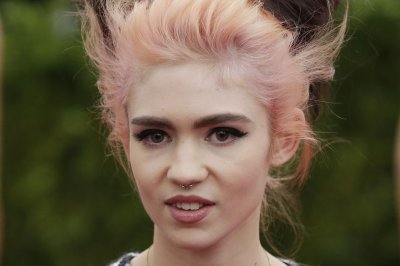