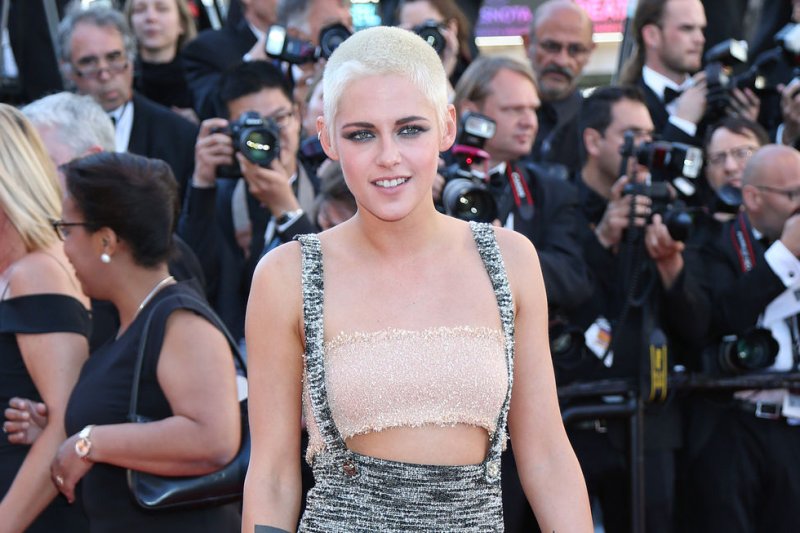 Stella Maxwell attends the Costume Institute Benefit at the Metropolitan Museum of Art on May 1. File Photo by John Angelillo/UPI | License Photo

The 27-year-old American actress and New Zealand model, also 27, joined brides Kirsten Sully and Kayleigh Jennings for drinks and dancing at their reception Saturday at Pizzeria Gusto in Winnipeg, according to CBC.

"The owner came up to me, and he said, 'Hey, is it OK if Kristen Stewart and her girlfriend Stella come and have a few drinks with you guys?' And I was like, 'Yeah, totally! Yeah, no problem. Um, who is that?'" Sully recalled.

Stewart was shooting a movie in Winnipeg and had met the Pizzeria Gusto owner at a previous event. She and Maxwell were "formally introduced" to Sully and Jennings before joining the reception.

"We got a chance to shake her hand and shake Stella's hand," Jennings shared. "I actually wasn't as star-struck as I thought I would be."

"They looked just like two normal girls," Sully said. "They look a little Hollywood, but if we didn't know who they were, I don't know if I would have known. We said, 'Hey, you know. Come on and meet your guests and, you know, don't segregate yourselves. Come and party.'"

Sully and Jennings' wedding DJ, Karli Colpitts, shared a photo on Instagram of the brides with Stewart.

"Dj'ed the MOST fun wedding for these incredible woman last night and had an unplanned guest show up to dance with us at the end of the night!" she wrote. "Apparently Kristen Stewart loves Beastie boys! #djkchedda #kirandkay."

Stewart and Maxwell were first linked in December following the actress' split from singer St. Vincent. The couple were spotted holding hands during an outing to Knott's Berry Farm in Buena Park, Calif., the next month.