"What a brilliant day in Warsaw and great start to #RoyalVisitPoland," Kensington Palace said. 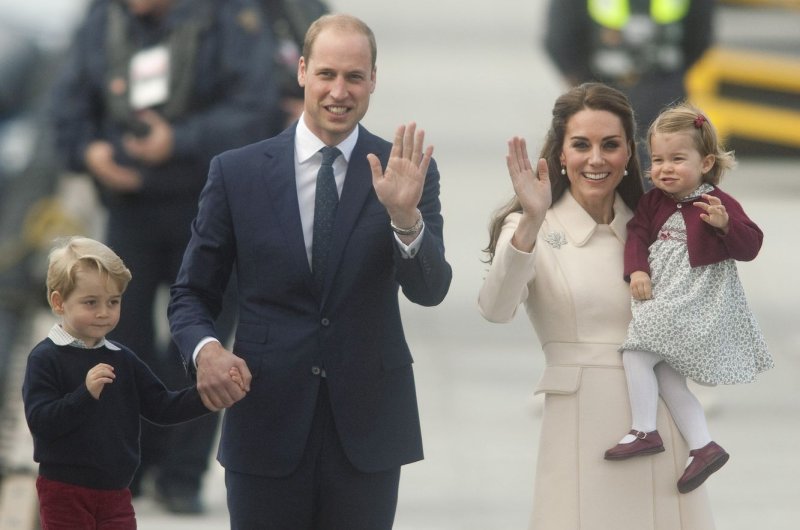 Prince William, Kate Middleton, Prince George and Princess Charlotte depart Victoria Harbour in Victoria, B.C., during a royal tour of British Columbia and the Yukon on October 1, 2016. The royal family kicked off a five-day tour of Poland and Germany on Monday. File Photo by Heinz Ruckemann/UPI | License Photo

July 18 (UPI) -- Prince William, Kate Middleton and their kids kicked off a five-day tour of Poland and Germany=.

The royal family made their way to the Polish presidential palace, where they attended a welcome ceremony hosted by President Andrezj Duda and First Lady Agata Kornhauser-Duda. Prince William later gave his first speech of the tour at garden party honoring his grandmother, Queen Elizabeth II, who celebrated her 91st birthday in April.

"Tonight we have double reason to celebrate -- we mark the birthday of my grandmother, the queen, and we celebrate and depth and breadth and shared ties of our two great countries," he said.

Kensington Palace shared a number of photos on Twitter from the first day of the tour, including a picture of the royal family arriving in Warsaw and a snapshot of schoolchildren greeting Middleton.

"What a brilliant day in Warsaw and great start to #RoyalVisitPoland," the palace tweeted. "Looking forward meeting the people of Gdansk tomorrow!"

Prince William and Middleton left their children behind Tuesday to visit Stutthof, a former Nazi concentration camp, outside Gdansk. The couple were greeted and led in a short prayer by two Jewish survivors of the camp.

Kate Middleton debuts shorter haircut at Wimbledon Bella Thorne on Scott Disick: 'I was never with him sexually' Gwen Stefani goes fishing with Blake Shelton, her sons Ariel Winter tells critics to 'get over' her clothing choices 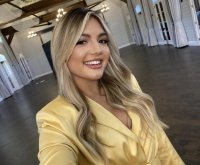 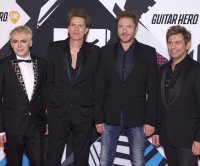