Courteney Cox: 'I would love' to have a baby with Johnny McDaid

The actress is already mom to 13-year-old daughter Coco with ex-husband David Arquette.

Courteney Cox (L) and Johnny McDaid attend the BMI Pop Awards on May 10, 2016. The actress recently confirmed she'd be open to having children with McDaid. File Photo by Phil McCarten/UPI | License Photo

June 22 (UPI) -- Courteney Cox "would love" to have a baby with boyfriend Johnny McDaid.

The 53-year-old actress confirmed in an interview with NewBeauty magazine that she'd be open to having children with the 40-year-old singer.

"I would love to have a baby now," she shared. "I mean, I could carry someone else's egg. I may be one of the older people doing it, but I would love to, with Johnny that is."

Cox is already mom to 13-year-old daughter Coco with ex-husband David Arquette, from whom she split in 2010 after 11 years of marriage. The pair remain friendly as they continue to co-parent Coco.

"First and foremost, we are friends and we love each other," Arquette told the Vancouver Sun in 2014. "She's a wonderful mother, we love our daughter and we just want a healthy relationship for that, in general.

Cox and McDaid reconciled in spring 2016 after ending their engagement in fall 2015. The actress said in the NewBeauty interview that her strong emotional connection with McDaid makes her feel beautiful.

"Well, he's younger than me, and with any other guy that would be the hardest thing in the world, but looks are not that important to him or his family. External beauty isn't even on his radar," she told the magazine.

"I used to worry about the age difference, but I don't think it matters," the star added. "He appreciates beauty, but it's deeper than that. It's deeper for me too, but luckily I find him gorgeous and extremely sexy."

Cox is best known for playing Monica Gellar on Friends, and has since starred as Jules Cobb on Cougar Town. She last portrayed late first lady Edith Wilson in a November episode of Drunk History. 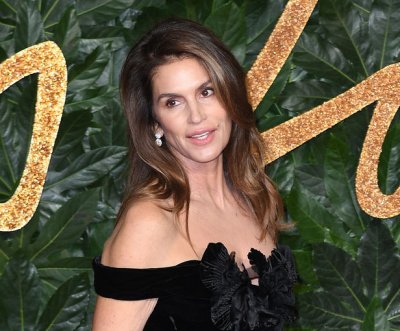