The pair were first linked in April following Jenner's split from Tyga.

Kylie Jenner attends the Costume Institute Benefit at the Metropolitan Museum of Art on May 1. The reality star and Travis Scott showed off their new ink on their respective Snapchat accounts Monday. File Photo by John Angelillo/UPI | License Photo

The 19-year-old reality star and 25-year-old rapper showed off their ink on their respective Snapchat accounts Monday following dating reports.

Jenner got a tiny butterfly inked above her ankle on the back of her right leg, while Scott got his in the same place on his left.

"Legit happiest day of my life," he cryptically tweeted the same day.

Fans speculated the tattoos reference Scott's song "Butterfly Effect," which is believed to be about Jenner. The singer shared a photo on Instagram of Jenner on a private plane in May with the caption "BUTTERFLY EFFECT."

"Need ya love, not a need it is a must / Feelin' stuck, you know how to keep me up," the song's lyrics read.

Jenner and Scott were first linked in April following the reality star's split from Tyga. The pair were spotted having dinner and visiting the set of DJ Khaled's new music video in Miami last week.

"Travis is telling friends that he and Kylie are the real deal," a source previously told Us Weekly. 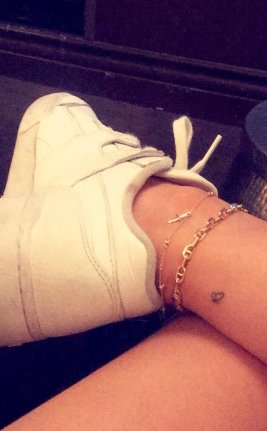 Kylie Jenner and Travis Scott showed off their new ink on their respective Snapchat accounts Monday. Photo by Kylie Jenner/Snapchat

Jenner and her family came to fame on the E! series Keeping Up with the Kardashians. Her half-sister Khloe Kardashian divulged on Sunday's episode that her boyfriend, Tristan Thompson, wants to have "five or six" kids with her. 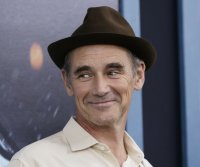