He will be joined by various guests at the summer shows, including The Roots, Chris Rock, Erykah Badu, Trevor Noah, Childish Gambino and Ali Wong, Live Nation Comedy said.

Chappelle, 43, took a years-long break from the spotlight after walking away from his sketch comedy series Chappelle's Show in 2006 due to creative differences with Comedy Central.

"Dave Chappelle is a legendary voice in comedy -- searing, vital, and now more than ever, essential," Lisa Nishimura, Netflix's vice president of original documentary and comedy, said in a statement at the time. "Dave's three new specials promise to be some of the most anticipated events in comedy, and we are honored he will mark his global return on Netflix." 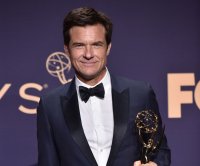 TV // 12 minutes ago
'Ozark' Season 4, Part 1 coming to Netflix in January
Oct. 19 (UPI) -- "Ozark," a crime drama starring Jason Bateman and Laura Linney, will return for a fourth season on Netflix in January.

TV // 25 minutes ago
'The Great' Season 2 trailer introduces Gillian Anderson as Catherine's mother
Oct. 19 (UPI) -- "The Great," a comedy-drama starring Elle Fanning as Catherine the Great, will return for a second season on Hulu in November. 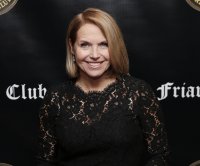 Entertainment News // 1 hour ago
Katie Couric has 'no relationship' with Matt Lauer after scandal
Oct. 19 (UPI) -- Katie Couric discussed her former "Today" co-host Matt Lauer ahead of the release of her memoir, "Going There."

TV // 2 hours ago
'To All the Boys' spinoff series 'XO, Kitty' coming to Netflix
Oct. 19 (UPI) -- "XO, Kitty," a new series starring Anna Cathcart as Kitty Song-Covey, got the green light at Netflix.