Jessica Simpson (L) and Eric Johnson attend the White House Correspondents' Association gala on May 3, 2014. The designer marked seven years as a couple with Johnson this week by sharing a family photo. File Photo by Molly Riley/UPI | License Photo

May 25 (UPI) -- Jessica Simpson and Eric Johnson celebrated their seventh anniversary as a couple this week.

The 36-year-old singer and designer marked the occasion Wednesday by sharing a family photo of herself with Johnson, 5-year-old daughter Maxwell and 3-year-old son Ace.

"7 years, 2 kids, and a whole lotta love later #may21 #MAXIDREW #ACEKNUTE," she captioned the picture for her 3.7 million Instagram followers.

Simpson and Johnson married in July 2014 after more than four years of dating. The designer denied on Monday's episode of The Ellen DeGeneres Show that she and Johnson plan to have more children.

"We got an IUD. Nothing's going to get in that uterus," she told host Ellen DeGeneres. "I have two beautiful children and I'm not having a third. They're too cute. You really can't top that."

Simpson had said in an interview with Access Hollywood in 2014 that marrying Johnson shaped her identity more even more than motherhood.

"Eric is the best. Being married, for me, it defines me so much more than even having kids," the designer said.

"[Marriage] actually has changed my style," she added. "I'm very into slip dresses and everything's a little bit sexier. I feel sexier as a wife and a mom!"

TV // 6 minutes ago
Kenya Barris on 'We the People': 'I want people to start a conversation'
June 18 (UPI) -- Kenya Barris discussed his upcoming Netflix animated series "We the People" and "Black-ish" ending while appearing on "The Tonight Show Starring Jimmy Fallon." 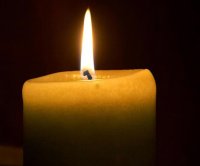 Entertainment News // 1 hour ago
Frank Bonner, 'WKRP in Cincinnati' star, dead at 79
June 18 (UPI) -- Frank Bonner, the actor best known for portraying sales manager Herb Tarlek on "WRKP in Cincinnati," has died at the age of 79. 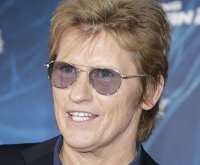