Chrissy Teigen (L) and John Legend attend the Costume Institute Benefit at the Metropolitan Museum of Art on May 1. The model missed Legend's performance at the 2017 Billboard Music Awards because she was seeing "Magic Mike Live." File Photo by John Angelillo/UPI | License Photo

"And it. Was dope," she tweeted of the experience.

Teigen had shared videos on Snapchat of herself and a group of girlfriends heading to Magic Mike Live. She said earlier that she was spending time with family, but would catch the Billboard Music Awards on TV.

"My sister and niece live in Vegas. I'm hanging out with them and not trying to force my back into a dress. but watching #bbmas!" she wrote.

"It's a little mash-up that's big for us. He is one of our heroes, and somebody we look up to," Hubbard told E! News.

Teigen and Legend married in 2013, and welcomed daughter Luna in April 2016. The couple delighted fans this month on Lip Sync Battle by recreating the upside-down kiss from Spider-Man. 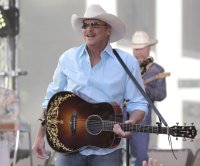 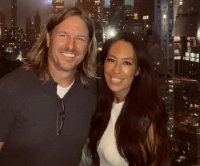