The Sports Illustrated model was linked in April to NFL star Aaron Rodgers.

Kelly Rohrbach attends the Miami premiere of "Baywatch" on May 13. The model and actress has reportedly been seeing Steuart Walton for "four or five months." File Photo by Gary I. Rothstein/UPI | License Photo

The 27-year-old Baywatch star has been seeing the 36-year-old businessman for "four or five months," according to E! News.

Rohrbach and Walton were first linked in November after they were spotted during a hike in Los Angeles. Sources said Walton has enjoyed giving the actress "flying lessons on his personal plane."

"[They're in] the beginning stages of an early romance," an insider told TerezOwens.com.

Rohrbach previously dated actor Leonardo DiCaprio in 2015. She is known for her modeling work with Sports Illustrated, and will play C.J. Parker -- a role originated by Pamela Anderson -- in Baywatch.

"It's such an iconic role," the actress told Harper's Bazaar in 2016. "It's a great crew, fun cast and something I've been really excited to be a part of. I know it's going to be a really fun movie."

"It was mine and my sisters' show," she recalled. "We were all pretty young. I was like 10 years old, and we'd wait for our parents to go out on Saturday nights because they thought it was too risque. As soon as they were gone, we'd be in front of the TV." 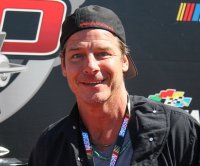 Entertainment News // 1 day ago
'X-Factor,' 'AGT' alum Thomas Wells dead at 46
Nov. 27 (UPI) -- Thomas Wells has died in a work-related accident at an Oklahoma tire manufacturing plant, his wife Jessica Wells has announced. He was 46.
Advertisement