Bruce Springsteen: 'I was a stone-cold draft dodger'

"It was something that I felt I had to come to terms with myself and I needed to sing about," Springsteen said of how his Viet Nam War era decisions impacted his musical storytelling. 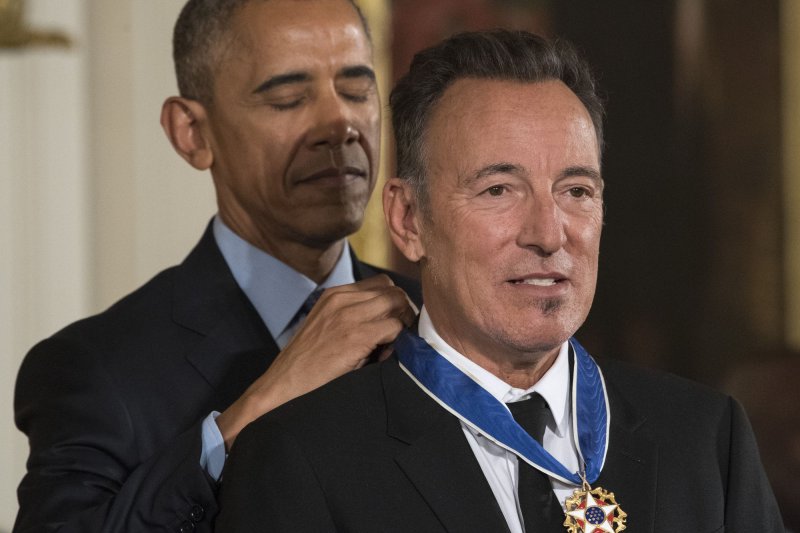 Barack Obama awards singer/songwriter Bruce Springsteen the Presidential Medal of Freedom during a ceremony at the White House in Washington, D.C. on November 22, 2016. Springsteen spoke about his life and music during a "Tribeca Talks" event in New York Friday. File Photo by Pat Benic/UPI | License Photo

April 30 (UPI) -- Bruce Springsteen says writing and performing "Born in the U.S.A." helped him reconcile the mixed feelings he has about decisions he made during the Viet Nam War era.

"I had some friends, very close friends of mine... guys who came home in wheelchairs and, then, I didn't go. I was a stone-cold draft dodger," the New Jersey rocker said at a Tribeca Film Festival conversation with Tom Hanks at the Beacon Theatre in New York Friday.