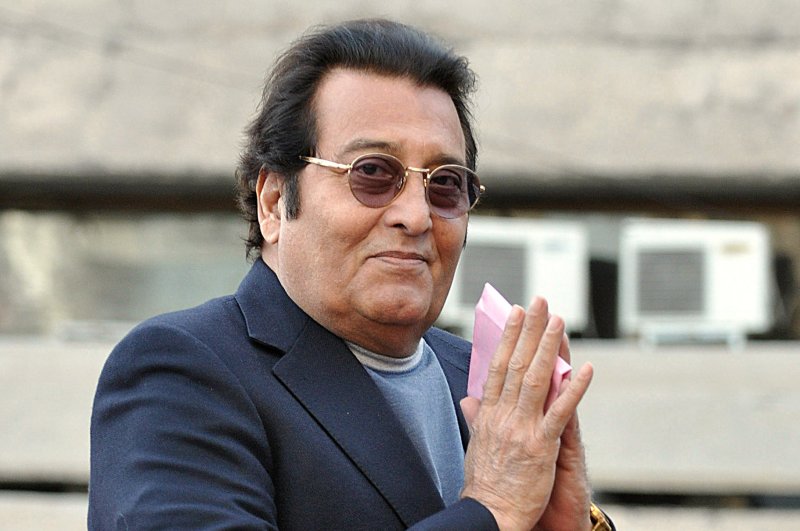 Veteran Bollywood actor and former Bharatiya Janata Party (BJP) member of Parliament, Vinod Khanna, gestures while in New Delhi, India, on March 1, 2013. Khanna passed away on April 27, 2017 at the age of 70 after a battle with cancer. Photo by STR/EPA

April 27 (UPI) -- Vinod Khanna, a veteran Bollywood actor and Indian politician has died at the age of 70.

Khanna died Thursday after losing his battle to advanced bladder cancer, CNN reported, citing a statement from the HN Reliance Foundation and Research Centre in Mumbai.

The actor was hospitalized last month due to "severe dehydration" reported the Hindustan Times. A photo featuring Khanna appearing very frail and needing the help of his family to stand went viral on social media.

"Dad was hospitalized on Friday for severe dehydration. The situation was quickly brought under control, he's doing much better and the doctors are looking to discharge him soon," Khanna's son Rahul said in a statement at the time without commenting on the photo.

"Our family is most grateful for the extraordinary care he's been receiving at the hospital and we are touched by all the good wishes pouring in," he continued.

Khanna is best known for starring in over 100 films including Mera Gaon, Mera Desh, (My Village, My Country), Gaddaar, (Traitor), Kuchhe Dhaage, (Fragile Threads), Amar, Akbar, Anthony, and Qurbani, (Sacrifice) among many more.

Khanna also a known politician, started his political career in 1997 when he joined current ruling party Bharatiya Janata Party or BJP. He was elected to India's lower house of parliament and was elected four times from his constituency in the northern state of Punjab.

Many have begun paying their respects to Khanna on social media with Indian Prime Minister Narendra Modi writing on Twitter, "Will always remember Vinod Khanna as a popular actor, dedicated leader & a wonderful human. Pained by his demise. My condolences."

Will always remember Vinod Khanna as a popular actor, dedicated leader & a wonderful human. Pained by his demise. My condolences.

Khanna is survived by his wife Kavita and children Rahul, Akshaye, Sakshi and Shraddha.