A source said the pair "remain close friends and wish nothing but the best for each other."

The 33-year-old Green Bay Packers quarterback and 36-year-old actress recently broke up after three years of dating, according to People.

"They have amicably ended their relationship of three years," a source told the magazine. "[They] remain close friends and wish nothing but the best for each other moving forward."

E! News reported Rodgers and Munn were "just on two different pages in life" and that the actress was the one that "called the break." An insider predicted a reconciliation may happen in the future.

"They were great together -- never had fights, so getting back together can be possible, but as of now, they need time," the source said.

Rodgers and Munn were the subject of engagement rumors in January after the actress was spotted wearing a ring on her left hand. Munn thanked Packers fans in a post the same month following the NFL team's NFC championship loss.

"So proud of this team," she wrote. "They faced a lot of adversity on and off the field, but battled to get this far. Thank you to those of you who encouraged and supported them by choosing to put out only positive energy. It helped them get this far."

Many blamed Munn in the past year for "distracting" Rodgers from football, and also claimed the actress played a role in the NFL star's estrangement from his family. Rodgers' brother, Jordan Rodgers, said on The Bachelorette in July that he and the quarterback don't speak. 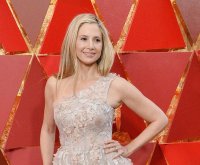 TV // 13 hours ago
Amazon 'The Boys' spinoff announces cast
Sept. 27 (UPI) -- Amazon Studios greenlit its spinoff to its series 'The Boys' on Monday and announced its cast. The spinoff will be set in a college for young superheroes.
Advertisement