Prince is the eldest child of Michael Jackson, who died at age 50 in 2009.

The 20-year-old aspiring producer, born Michael Joseph Jackson, Jr., paid tribute to his father by getting a tattoo of the late singer on his calf.

"Thanks @dermagraphink for sittin 9hrs with me for such an incredible and beautiful tattoo. I will be posting more of this," he captioned a video on Instagram of his new ink.

Thanks @dermagraphink for sittin 9hrs with me for such an incredible and beautiful tattoo. I will be posting more of this

The tattoo shows a winged version of Michael in one of his signature poses. Prince followed up Monday by posting a close-up picture of the bottom portion of the tattoo.

"The details are incredible," he wrote.

The details are incredible.

"Sometimes i feel like my big brother and i always think the same thoughts, he just doesn't have a filter and always vocalizes them," Paris wrote. "Though total opposites, like my gooko and i, the inseparable yin and yang work together finding and causing balance within each other."

Prince said in an interview with Good Morning America in March that it took "a while" for him and his siblings to realize the extent of their dad's fame. Michael died at age 50 in 2009.

"Even after we realized he was the King of Pop, even to this day, I don't think it holds the same weight to us as to other people, because he was our dad," Prince said. 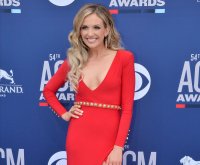 Entertainment News // 4 hours ago
Rihanna reaches billionaire status
Aug. 4 (UPI) -- Rihanna has officially become a billionaire, according to a new profile on the singer and entrepreneur by Forbes. 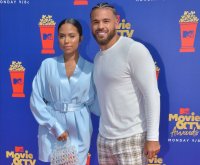