Jane Fonda: I 'was always in love' with Robert Redford on set

The pair have co-starred in three films, and will reunite in the new movie "Our Souls at Night."

Robert Redford speaks at a press conference on climate change prior to the Parley for the Oceans launch at United Nations headquarters on June 29, 2015. File Photo by John Angelillo/UPI | License Photo

The 79-year-old actress admitted on Monday's episode of The Ellen DeGeneres Show that she "fell" for the 80-year-old actor on every one of their movies.

"I realize that I've grown up because in the three previous movies, I was always in love with him," she said. "I fell in love every time. So, if a day went by and he wouldn't speak to me ... I always took it personally. Now, when he doesn't talk to me, I'm just like, 'Hey Bob, come on.'"

Our Souls at Night is based on the novel of the same name by Kent Haruf, and will premiere on Netflix later this year. The movie is directed by Ritesh Batra, and co-stars Matthias Schoenaerts and Judy Greer.

"It's about two neighbors who were married and had families in small-town America," Redford told the Daily Express in 2016. "[Their respective spouses] die, so they are living alone separately."

"One day she knocks on his door and says, 'I know this is going to sound weird but would you like to come and sleep with me and just talk?'" he shared. "My character says, 'Let me think about it. Can I get back to you?' But that is what happens ... I think a lot of people will understand that story."

Movies // 5 hours ago
Idris Elba in trouble for hurting Superman in new 'Suicide Squad' trailer
June 22 (UPI) -- Warner Bros. released a new trailer for "The Suicide Squad" on Tuesday. The film opens Aug. 6 in theaters and on HBO Max. 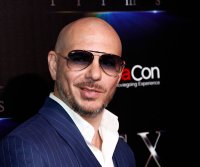 Music // 7 hours ago
Metallica to release 'Black Album' reissue, covers album
June 22 (UPI) -- Metallica will celebrate the 30th anniversary of "The Black Album" with a new box set and "The Blacklist" cover album.

Entertainment News // 7 hours ago
Pete Davidson on 'SNL' future: 'I don't know what the plan is'
June 22 (UPI) -- Pete Davidson discussed his future on "Saturday Night Live" while appearing on "Gold Derby," stating that he isn't sure if he will be back for Season 47 of the sketch comedy series.
Advertisement