March 10 (UPI) -- Detective Kevin Becker of the LAPD has confirmed that Richard Simmons is not being held hostage by his housekeeper and said he is 'perfectly fine.'

Becker confirmed to People magazine that the LAPD visited Simmons' home as part of a welfare check.

"There was something about his housekeeper holding him hostage and not allowing people to see him and preventing him from making phone calls and it was all garbage and that's why we went out to see him. None of it is true," Becker said.

"The fact of the matter is we went out and talked to him. He is fine, nobody is holding him hostage. He is doing exactly what he wants to do. If he wants to go out in public or see anybody he will do that," he continued. "He is perfectly fine and he is very happy. I don't know what he is going to do, but right now he is doing what he wants to do and it is his business."

Becker also added that Simmons was welcoming every time he was visited by the LAPD. "He was very nice. He was very cordial. He couldn't have been nicer to us," Becker added.

Concerns were raised about Simmons' well-being following the recent release of Episode 3 of Dan Taberski's podcast titled Missing Richard Simmons which seeks to uncover the truth behind Simmons' disappearance from the public eye.

In the episode, Taberski speaks with Simmons' longtime friend and former masseuse Mauro Oliveira who shared his claims that the workout mogul is being held hostage by his housekeeper Teresa Reveles.

"She realized that I was in the house, she started screaming like a witch, 'No, no, no, no, get out, get out! I don't want him here!' Richard looked at me and said, 'You got to go.' I said, 'Really? Is she controlling your life now?' and he said, 'Yes.' And that I have to leave," Oliveira recalled about Reveles and Simmons on the episode.

A rep for Richard Simmons, Tom Estey, denied the allegations and defended Reveles.

"Teresa has been working with him for 27 years. So, holding him hostage is the biggest, I mean...Teresa is the housekeeper, she's the caretaker, she is extraordinary, she is amazing, she takes impeccable care of Richard and she has for as long as I have been working with Richard. So that is a complete load of crap," Estey said in a statement.

Simmons was last seen in public in February of 2014. In a statement on Facebook, Simmons assured fans he was doing okay.

"I am finally taking my own advice. I am being kind to myself and putting myself first," the 68-year-old said on Facebook at the time. "I am making changes and taking time to do the things I want to do. Please know that I am in good health and I am happy. No one has ever been able to tell me what to do and the same is true today." 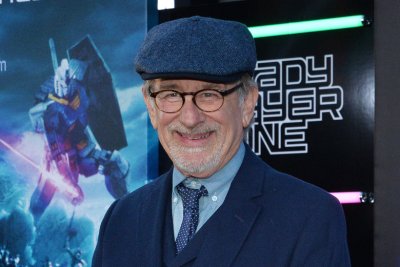