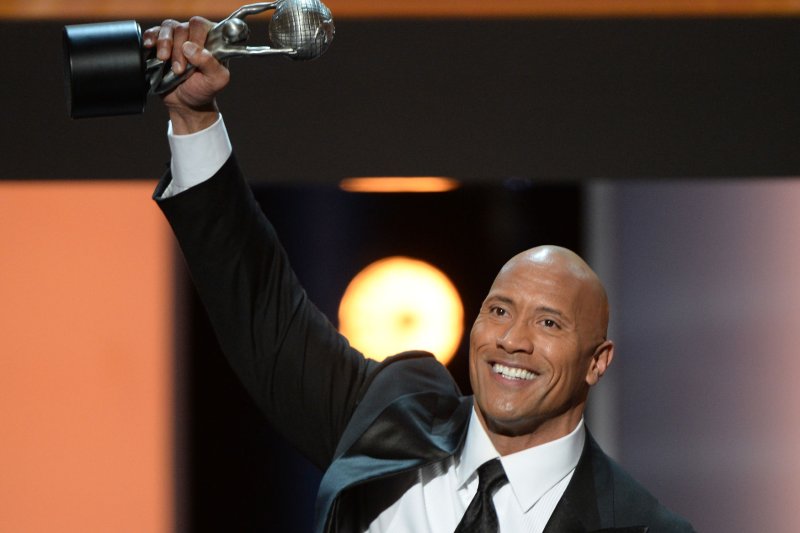 Dwayne 'The Rock' Johnson accepts the award for Entertainer of the Year onstage at the 48th NAACP Image Awards on February 11. The Rock made a suprise phone call to former WWE Superstar CM Punk following Raw. Photo by Jim Ruymen/UPI | License Photo

Former WWE Superstar CM Punk is seen arriving at the "be A STAR" Summer Event at the Andaz Hotel on August 11, 2011. File Photo by Helga Esteb/Shutterstock

Johnson was on hand as executive producer for the upcoming film Fighting With My Family which is based on the real-life story of WWE Superstar Paige.

The film, directed by The Office co-creator Stephen Merchant, was using the Raw set and live crowd to film Paige's first title win against former Superstar AJ Lee, the wife of Punk.

As Johnson spoke to the crowd about the scene, they began chanting "CM Punk" after Lee's name was mentioned, IGN reports.

This prompted The People's Champion to call Punk on the phone but he received voicemail. Johnson left him a message with thousands in attendance chanting his name in the background.

Punk would take to Twitter to acknowledge the phone call and explain that he was walking his dog when Johnson attempted to get him on the line. "I'm walking Larry. It's his birthday," The Voice of the Voiceless wrote.

"Thanks Los Angeles. Nice to hear from you. @STAPLESCenter," he continued in a second tweet.

I'm walking Larry. It's his birthday.

Thanks Los Angeles. Nice to hear from you. @STAPLESCenter

Punk, a former WWE Champion turned MMA fighter, has rarely been mentioned on WWE programming following his exit in 2014.

The Paige and Lee match was filmed using stars from the film with Florence Pugh standing in as Paige along with her stunt double Tessa Blanchard and Thea Trinidad portraying Lee. Johnson is set to cameo in the film as himself.

Music // 16 hours ago
Ariana Grande performs live among flowers in 'POV' video
June 21 (UPI) -- Ariana Grande kicked off a live performance video series with Vevo with a performance of her song "POV." 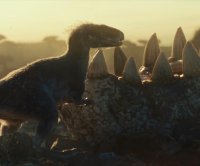