"She came at me first, so it was actually easier," the actor revealed. 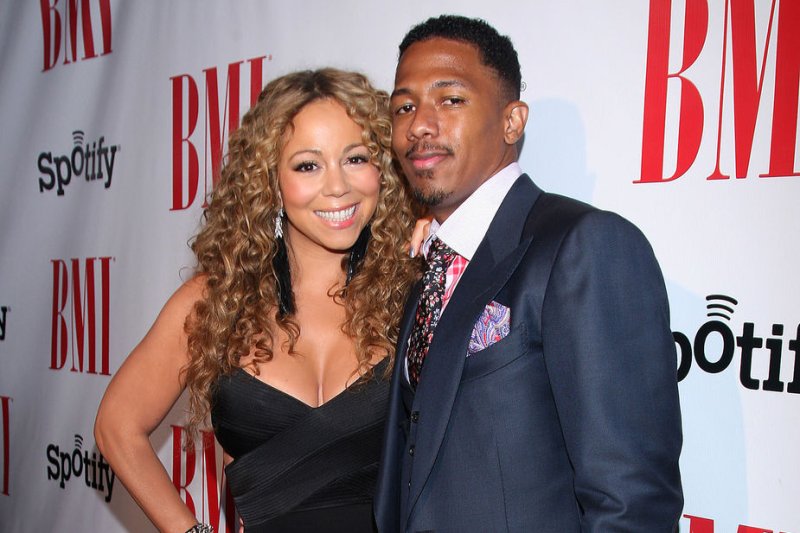 The 36-year-old actor revealed in an interview with Power 106 how Carey reacted to word that his ex-girlfriend Brittany Bell is pregnant and expecting his child.

"She came at me first about it, so it was actually easier," Cannon revealed. "I don't know how she heard about it, but she called me, and she was funny with it. She was like, 'Mhmm, I heard about you out here in these streets.'"

"[It was] never an 'oops baby,'" he clarified. "I've always wanted five kids ... Just because my marriage was over didn't mean I couldn't continue my family."

Us Weekly reported in November that Bell was pregnant and approaching the end of her second trimester. Cannon later confirmed on The Breakfast Club that Bell is expecting their first child.

"I've got a baby on the way ... God said be fruitful and multiply," he said before joking, "I'm doing the Lord's work ... Everybody get a baby! I'm passing them out."

Cannon and Carey have remained friendly since their split in 2014, and continue to co-parent their 5-year-old twins, Monroe and Moroccan. The actor told Entertainment Tonight this week that he, Carey and their kids will spend the holidays together.

"All fun, all love, you know what it is!" he said. "Holidays are mainly for kids anyway, when you think about it, and once you go from kids, it's all about family and love and that's what we're trying to spread."

Carey and the twins met Beyoncé and her daughter, Blue Ivy, after Carey's holiday concert Sunday. The "You're Mine (Eternal)" singer shared a photo of the group on Instagram, writing, "Backstage at Christmas time with our beautiful children."

Mariah Carey, Beyonce and their kids pose for group photo Mariah Carey's new beau Bryan Tanaka speaks out: 'I love her so much' Mariah Carey reveals she postponed wedding to James Packer before split on 'Mariah's World' Nick Cannon is expecting a child with his ex-girlfriend Brittany Bell