The gymnast and the NFL free agent started dating over the summer.

Aly Raisman at the Sports Illustrated Sportsperson of the Year award ceremony for LeBron James on Monday. Photo by John Angelillo/UPI | License Photo

Aly Raisman at the Sports Illustrated Sportsperson of the Year award ceremony for LeBron James on Monday. Photo by John Angelillo/UPI | License Photo

Raisman was all smiles in a formfitting red dress with snakeskin-like embellishment and a sheer neckline. Underwood, who wore a black suit and tie, was casually affectionate as they posed for photos on the red carpet.

"[They] looked really happy together," a source told People. "He had his arm around her throughout the dinner and they laughed a lot."

Raisman started dating Underwood over the summer after the NFL player asked her out in an online video. Her friend and fellow gymnast Shawn Johnson is married to Underwood's teammate Andrew East.

"We both happened to be in Denver at the same time," Raisman told People of their early romance. "I was there for less than 12 hours; he was flying in for just a few days. It just ended up working perfectly."

"I'm just looking forward to 2017," she gushed. "I think it's going to be an exciting year for everyone."

Raisman is a three-time Olympic gold medalist who competed in the 2012 Summer Olympics in London and the 2016 Summer Olympics in Rio. Underwood is an NFL free agent who has also been signed to the San Diego Chargers and Philadelphia Eagles. 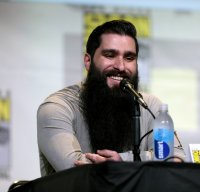 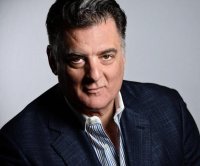 Entertainment News // 1 hour ago
Met Gala to return with two-part 'In America' exhibition
April 12 (UPI) -- The Metropolitan Museum of Art's Costume Institute has a two-part exhibition on American fashion planned for September and May 2022.