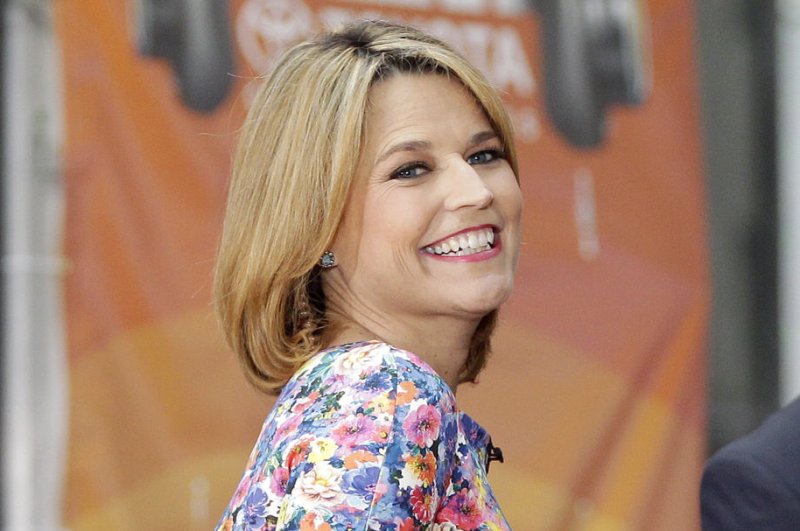 Savannah Guthrie stands on the stage when Tim McGraw performs on NBC's "Today Show" on May 23, 2014. Guthrie has given birth to her second child with husband Michael Feldman. File Photo by John Angelillo/UPI | License Photo

Savannah Guthrie and Matt Lauer greet members of the audience before Dierks Bentley performs on the "Today Show" on May 27. File Photo by John Angelillo/UPI | License Photo

"We are so grateful. Blessings overflow. Along with tears of joy," Guthrie wrote on Twitter Friday alongside a Tweet from Today that featured a collage of photos of the family with Matt Lauer, who is seen holding the newborn.

According to Today, baby Charles, who will be known as Charley, weighed in at 9 lbs. 8 oz. and measured 21.5 inches long.

He is named after Savannah's deceased father and Mike's grandfather.

We are so grateful. Blessings overflow. Along with tears of joy 👶🏻 https://t.co/vTyDuCMEWT

Recently, Guthrie made headlines for signing a new contract with NBC to remain on Today for an unspecified number of years.