The couple were first linked in October and confirmed their relationship the next month.

Meghan Markle at the NBCUniversal Upfront on May 14, 2015. File Photo by John Angelillo/UPI | License Photo

Prince Harry (L) and John-James Chalmers at the Invictus Games symposium on May 8. File Photo by EJ Hersom/UPI | License Photo

Prince Harry at the Sentebale Royal Salute Polo Cup on May 4. File Photo by Gary I. Rothstein/UPI | License Photo

TORONTO, Dec. 7 (UPI) -- Meghan Markle is showing her love for boyfriend Prince Harry in a subtle but romantic way.

People reported Tuesday that the 35-year-old American actress was spotted wearing a necklace with the initials "M" and "H" Saturday in Toronto, Canada, where she films Suits.

Markle's gold Maya Brenner necklace retails for about $240. She and Prince Harry have previously shown their affection by wearing matching beaded bracelets.

Prince Harry flew to Toronto to spend time with Markle on Sunday, according to E! News. The British royal completed a 14-day tour of the Caribbean last week, while Markle recently finished filming Suits Season 6.

"[They] wanted to have time alone and to be together," a source said. "Harry has been traveling and wanted to make time to see Meghan. They wanted their time together to be private."

"Harry is still in Toronto but needs to be back in London Wednesday," the insider added.

Markle and Prince Harry were first linked in October, and confirmed their relationship the next month after the actress faced sexist and racist backlash. Prince Harry's brother, Prince William, issued a statement last week in support of his sibling addressing the matter.

"The Duke of Cambridge absolutely understands the situation concerning privacy and supports the need for Prince Harry to support those closest to him," Kensington Palace said.

TV // 2 minutes ago
Demi Lovato performs 'I Love Me' on 'Tonight Show'
April 1 (UPI) -- Demi Lovato discussed how important it is to take care of our mental health during the COVID-19 pandemic and performed her song "I Love Me" while appearing on "The Tonight Show: At Home Edition." 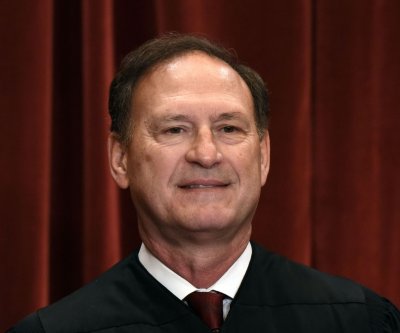 Entertainment News // 18 hours ago
'Thanks a Million': Jennifer Lopez gives back in first trailer
March 31 (UPI) -- Jennifer Lopez and a group of celebrities pay it forward by giving away $100,000 in the new trailer for upcoming Quibi series, "Thanks A Million."