Brie Bella on first pregnancy: 'It has kicked my butt' 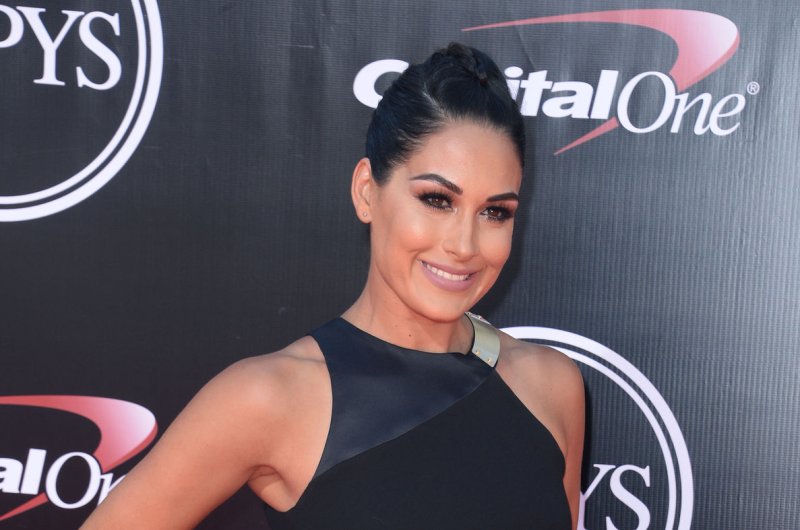 Brie Bella at the ESPY Awards on July 13. The WWE star announced her pregnancy in October. File photo by Jim Ruymen/UPI | License Photo

Brie Bella (R) with Nikki Bella (L) and John Cena at the NBCUniversal Upfront on May 16. File Photo by John Angelillo/UPI | License Photo

The 32-year-old WWE and Total Divas star discussed the ups and downs of pregnancy in an interview with E! News after announcing she's expecting her first child with Daniel Bryan.

"Pregnancy has kicked my butt I will admit. I was like, 'Whoa, I feel like I'm going through WrestleMania every day!'" Bella confessed. "The nice thing is that right now I can take naps and not feel guilty."

"I've had crazy carb cravings and I feel like it's because I minus carbs so much. So now all I want to eat is bagels and fruit. I'm like, 'Oh, great,'" she revealed. "Other than that I love being pregnant."

Bella and Bryan had announced Bella's pregnancy in October, telling fans, "We are SOOO excited!!!" The couple, who married in 2014 after three years of dating, later revealed they're expecting a daughter.

"When I found out it was a girl I actually got really emotional," Bella told E! News at the time. "I have such an amazing relationship with my mom and I think, wow, I'm going to have that with my daughter."

"I'm so excited we're having a little girl. I'm sure that, just like her mother, she's going to steal my heart," Bryan added.

Another glamorous gym pic!!! Got my workout in and now I'm ready to get my snack game on for #TotalBellas in 2 hrs!!! You won't want to miss this episode! 😬 OH my family!! 🙈👀 tonight at 8pm only on E! #nowkickingpregnancysbutt 💪🏽

Bella and her twin sister, Nikki Bella, came to fame by competing as the Bella Twins in the WWE. The pair also star on the E! series Total Divas, which will return for a sixth season Nov. 16.