"It is with the greatest sadness that we have to break the tragic news that out beloved Pete Burns of (Dead Or Alive), died suddenly yesterday of a massive cardiac arrest," the singer's famil, including partner Michael Simpson and ex wife Lynn Corlett, along with manager and former band member Steve Coy, wrote in a statement posted to Twitter Monday.

"All of his family and friends are devastated by the loss of our special star," they continued.

"He was a true visionary, a beautiful talented soul, and he will be missed by all who loved and appreciated everything he was and all of the wonderful memories the has left is with."

Hi guys, it's Kyle here. Was asked to send out this tweet on behalf of Steve, Lynn & Michael. #rippeteburns #sadtimes #icon SO SAD!!! pic.twitter.com/rOkAVHsZQg

Fellow singer Boy George who was often compared to Burns, also shared his condolences on Twitter writing "Tearful about the passing of @PeteBurnsICON he was one of our great true eccentrics and such a big part of my life! Wow. Hard to believe!"

Tearful about the passing of @PeteBurnsICON he was one of our great true eccentrics and such a big part of my life! Wow. Hard to believe!

Known for his signature androgynous look, Burns sang as part of Dead or Alive a number of hit songs from the '80s including singles "That's the Way (I Like It)," "Brand New Lover," "Something in the House" and their biggest hit, "You Spin Me Round (Like a Record)."

Burns who was Dead or Alive's only constant member, had continued to tour under the band's name leading up to his death. He is also known for his reality TV appearances including his time spent on Celebrity Big Brother. 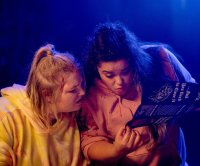 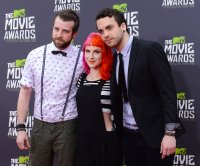