"I'm so grateful," the singer said. "Dreams do come true." 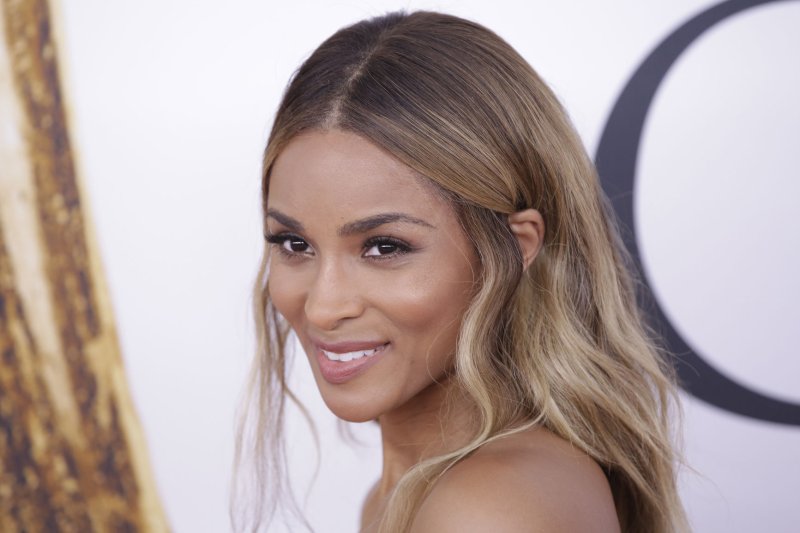 Ciara at the CFDA Fashion Awards on June 6. The singer was named a Revlon spokeswoman Tuesday. File Photo by John Angelillo/UPI | License Photo

The 30-year-old star revealed a surprising connection to the cosmetics company in a press release Tuesday after joining Revlon as a spokeswoman.

"I've been a fan of the iconic Revlon brand my entire life. In fact, my name comes from the Revlon Ciara fragrance. It was a gift given to my mother from my father, and she fell in love with the scent and the name," Ciara said.

"It's incredible to think that after all those years I would be joining the Revlon family as the newest global brand ambassador," she added. "I'm excited and grateful to join a long line of inspiring brand ambassadors before me."

Ciara will begin her role as ambassador by supporting Revlon color cosmetics and the brand's Choose Love campaign. She told her 21.2 million social media followers that the job is a dream come true.

"Today has truly been surreal. I'm so grateful. Dreams do come true... so I'm a keep dreaming #RevlonxCiara," she wrote.

Ciara's husband, NFL star Russell Wilson, was among those to congratulate the star online. The 27-year-old Seattle Seahawks quarterback and Ciara married in July after more than a year of dating.

"Congrats my sweet love. @Revlon could not pick a more stunning & gorgeous global brand ambassador than you. You deserve the world & you will always have mine. I love you #RevlonXCiara #ChooseLove," he wrote.

Congrats my sweet love. @Revlon could not pick a more stunning & gorgeous Global Brand Ambassador than you. You deserve the world & you will always have mine. I Love You. #RevlonXCiara #ChooseLove

Ciara last released the album Jackie in May 2015, which debuted at No. 17 on the Billboard 200. The record includes the singles "I Bet" and "Dance Like We're Making Love."

TV // 11 hours ago
What to binge: 5 shows to watch while waiting for 'Manifest' S4
Aug. 8 (UPI) -- "Manifest" has had a turbulent history since its premiere in 2018 -- always on the brink of cancellation, but consistently saved in the 11th hour due to the support of its passionate fanbase.

TV // 11 hours ago
Jeffrey Wright: Bernard 'attained a type of liberation' on 'Westworld'
LOS ANGELES, Aug. 8 (UPI) -- Jeffrey Wright discusses Sunday's episode of "Westworld" and what he sees as Bernard claiming his freedom.

Entertainment News // 13 hours ago
John Legend, Chrissy Teigen describe hesitancy to discuss 2020 miscarriage
Aug. 8 (UPI) -- John Legend and Chrissy Teigen are looking back on their last few years, in which the couple experienced a pregnancy loss and are now expecting again.